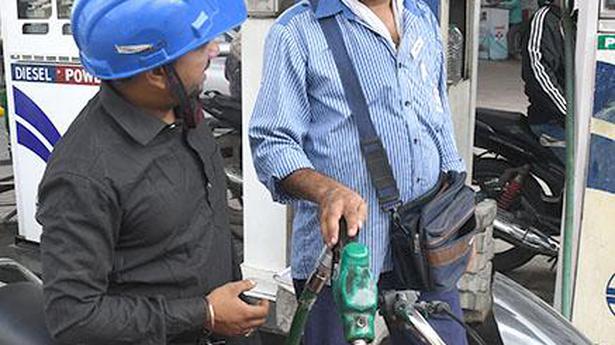 State-owned oil marketing companies (OMCs) increased prices of petrol and diesel across the country on Monday, a day after the last phase of Lok Sabha polls concluded. This could mark the beginning of a rising trend in fuel prices as they are once again aligned to the rising global oil prices.

The rise in fuel prices is attributed to the rise in crude oil prices in the international market. “There has been no official direction to keep fuel prices unchanged, and in fact, the fuel prices have been changed during the election period,” an official in state-owned HPCL told The Hindu.

No extra charge on digital payments via RuPay, UPI from Jan.

Digital transactions made using RuPay credit cards, or UPI QR codes will not face additional charges for merchants or customers from the beginning of next year, Finance Minister Nirmala Sitharaman said on Saturday. All shops, business establishments and companies with an annual turnover of ₹50 crore or more have been mandated to offer these modes […]

Finance Minister Nirmala Sitharaman is scheduled to address the post-budget meeting of the RBI’s central board on Monday and highlight the key points of the Budget, including the fiscal consolidation roadmap. The government has lowered the fiscal deficit target to 3.3% of the GDP as it is expecting net additional revenue of ₹6,000 crore over […]