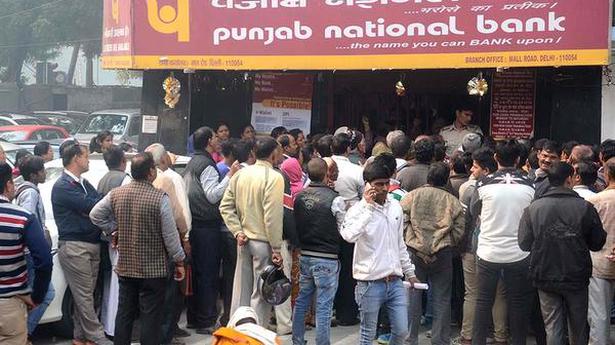 Demonetisation, coupled with increased digital transactions and the reduced cash usage in the informal economy, led to a reduction in currency in circulation by ₹3.4 lakh crore, according to Finance Minister Nirmala Sitharaman.

Replying to a question in the Rajya Sabha, Ms. Sitharaman said that the level of currency in circulation as of May 31, 2019, was significantly lower than what it would have been if demonetisation had not happened.

According to the data provided, the value of notes in circulation on November 4, 2016, (four days before demonetisation was announced) stood at ₹17.74 lakh crore, which has now increased to ₹21.71 lakh crore as of May 31, 2019.

However, Ms. Sitharaman said that the notes in circulation had been growing at an average annual growth rate of 14.51% since October 2014.

However, she did not mention whether this reduction in detection of fake currency was due to their incidences coming down or their sophistication surpassing the RBI’s ability to detect.

The Minister also said that demonetisation led to a “significant positive impact on most theatres of violence” in the country since illegally held cash formed a major chunk of terrorfunding, and that the note ban rendered the cash held with terrorists worthless.

“Short-term costs of demonetisation was in the form of inconvenience and hardship, especially to those in the informal and cash-intensive sectors of the economy but that was taken care of very soon,” Ms. Sitharaman said. “Demonetisation also resulted in better tax compliance, greater tax revenues, more formalization of economy and higher digital transactions.”

Retail inflation at 5-year high of 7.3% in December

How the entertainment industry, education models and taboos around crypto could change, post-SC ruling

Akshay Aggarwal had been waiting with bated breath to hear the verdict of the Supreme Court regarding crypto-currency, an encrypted, decentralised and digital medium of exchange. As the founder of Blockchained India, a pan-India community for crypto enthusiasts, this ruling means the most to him in terms of freedom of investment and of movement. Finally, […]