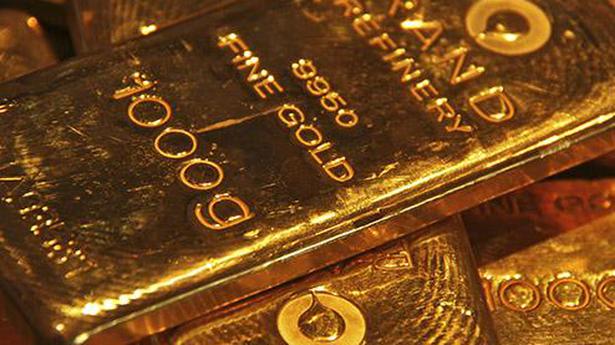 Central banks across the globe are building up gold reserves with the first quarter of 2019 seeing significant buying from such entities.

According to the latest Gold Demand Trends report by the World Gold Council, central banks bought 145.5 tonnes of gold in the first quarter — a 68% jump from the same period in 2018 and also the strongest start to a year since 2013.

Meanwhile, the overall global gold demand rose to 1,053.3 tonnes in the first quarter of 2019, up 7% compared to the same period last year.

“This year-on-year increase was largely due to continued growth in central bank buying, as well as growth in gold-backed exchange-traded funds (ETFs),” said a statement by WGC while adding that diversification and a desire for safe, liquid assets were the main drivers of the purchases.

On a different note, the first quarter jewellery demand rose 1% compared with the same period last year, at 530.3 tonnes, boosted by India.

“A lower local rupee gold price in late February and early March coincided with the traditional gold buying wedding season, lifting jewellery demand in India to 125.4 tonnes, a 5% increase on the same period last year and the highest Q1 since 2015,” stated the report.

Bar and coin investment softened slightly and was down 1% to 257.8 tonnes.

According to the WGC, this was purely due to a fall in demand for gold bars, as official gold coin buying grew 12% to 56.1 tonnes even as China and Japan were the main contributors to the decline.

“The beginning of 2019 saw a sharp recovery in investor sentiment in both the equity and debt markets, but appetite for gold remained solid,” said Alistair Hewitt, head of market intelligence, WGC. “In addition, central banks on both sides of the Atlantic putting monetary policy tightening on hold — and potentially easing — is likely to be supportive of gold,” he added.

Disruption in supply of raw materials from China due to the coronavirus outbreak could have a serious impact on several Indian industries, especially the pharma sector, industry leaders told Finance Minister Nirmala Sitharaman at a consultation on the issue on Tuesday. Speaking to journalists after the meeting, Ms. Sitharaman downplayed fears of any immediate price […]

Finance Minister Nirmala Sitharaman on December 3 said the government is open to further reforms for making India a more attractive investment destination. The government has taken various steps, including reduction of corporate tax, she said at India-Sweden Business Summit in New Delhi. “I only can invite and assure that the Government of India is […]

The country’s manufacturing sector activity grew at the slowest rate in four months during March, hampered by softer rises in new business as international demand faltered owing to the coronavirus pandemic, a monthly survey said on Thursday. The headline seasonally adjusted IHS Markit India Manufacturing PMI fell to 51.8 in March, from 54.5 in February, […]