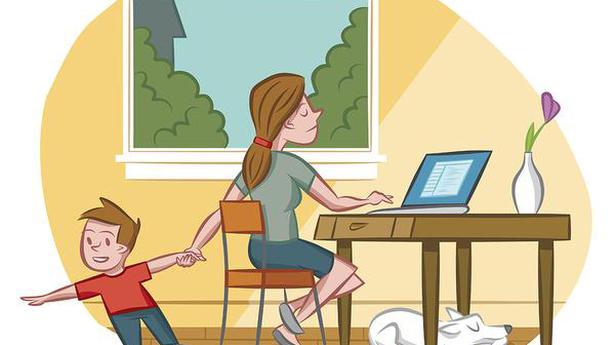 The government is working on a scheme to push work-from-home jobs in the IT sector by offering financial incentives to both employees and employers.

“Incentivising work-from-home jobs through policy-level initiatives can help in creating jobs in the ITES domain while increasing the available talent pool for the sector. This will create employment opportunities in the IT/ITES industry, especially for women and differently-abled persons,” an IT Ministry official said. Currently, the scheme is proposed for a three-year period till March 31, 2022, with an outlay of about ₹270 crore to create about 50,000 work-from-home jobs.

The initiative is likely to be launched as phase II of the IT Ministry’s India BPO Promotion Scheme that incentivises firms to set up operations in tier-2 and tier-3 cities in the country. The scheme, launched in 2016, had an outlay of about ₹500 crore with an objective to create about 1.45 lakh jobs.

“There is abundant talent pool in the country, especially women, who are not able to join full-time office jobs. The scheme envisages incentives for both employers as well as employees,” the official said. Pointing out that companies do not recruit people for work-from-home jobs on part-time basis, but on contract due to stringent labour laws, the official said, “For contract-based jobs, companies don’t need to provide PF and other job benefits.”

The ‘work-from-home’ policy may extend relaxation in labour laws similar to that given to start-ups under the Startup India programme.

In 2016, the government had announced exemption for start-ups from nine labour laws, including the Payment of Gratuity Act, 1972, Contract Labour (Regulation and Abolition) Act, 1970, Employees Provident Funds and Miscellaneous Provisions Act, 1952 and Employees State Insurance Act, 1948.

“We are also thinking about offering salary-based incentives to incentivise employees to stick to work-from-home jobs,” the official said, adding that additional incentive would be given to women employees, differently-abled, SC/ST and those from aspirational (backward) districts.

To avail benefits under the work-from-home scheme, employees will need to have an Aadhaar-linked Universal Account Number.

For employers, among other things, the policy proposes to provide 50% of the actual expenditure on technical infrastructure required for enabling such jobs, with a cap of ₹10,000 per job.

Personal loan vs credit card: 4 points to keep in mind

Despite the best of financial planning and regular investing, unforeseen exigencies can always land one in a financial crisis. To deal with such situations, the first two options that usually come to mind are taking a personal loan or using a credit card. However, both of these options have their pros and cons and are […]