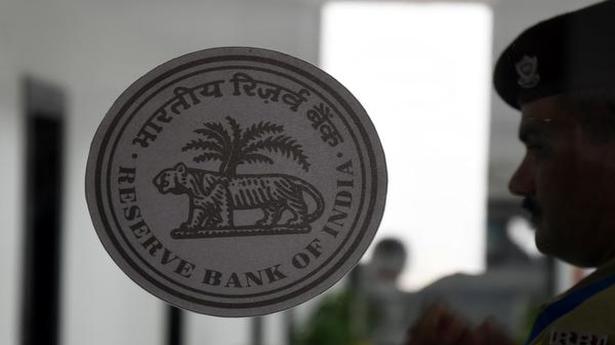 The Congress on Monday cited a set of Reserve Bank of India (RBI) data to argue that the central government must acknowledge the “acute slowdown” and asked to put the “economic mess” in order.

Between April 2019 and September 2019, said Ms. Shrinate, credit has collapsed indicating a stalling of economic activity.

The Congress spokesperson also raised questions over the growth rate of 5%, saying the question is “how are we growing without this credit”.

“We would want the data to be mulled upon. We need to understand it. In the last one year, fund flow to the commercial sector is down by 88%, according to a new RBI data. Last year, this figure was at Rs 7.36 lakh crore now it is around Rs 91,000 crore,”she said.

“This is happening despite RBI cutting repo rates. Repo rate is down by 1.35% from January to now. Despite that people are not taking credit because they’re not convinced that they can do economic activity with this credit because people are insecure about their jobs,”Ms. Shrinate added.

“The RBI conducted a consumer confidence survey, it is at a 6-year low in September. People’s faith in the Indian economy plummeted to a 6-year low in the month of September and over 50% of the people are convinced that jobs will no longer be created,” she said.

The district administration appointed 26 medical teams to conduct eye tests for all the persons aged above 60 years in the district, according to Vizianagaram District Collector M. Hari Jawaharlal. The teams appointed will conduct the tests under Kanti Velugu programme for nearly 2.6 lakh persons by the end of July. Along with Nellimarla MLA […]