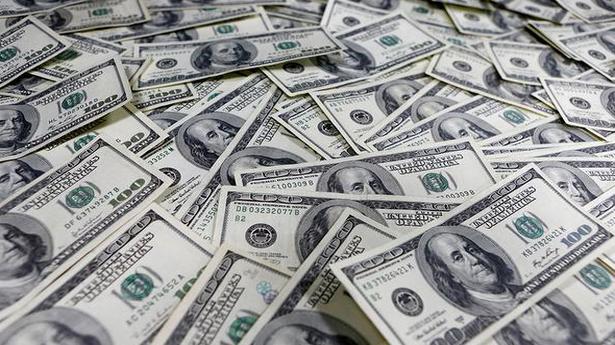 The country’s current account deficit (CAD) narrowed to 2% of GDP, or $14.3 billion, in the first quarter of the current financial year from 2.3% of GDP, or $15.8 billion, reported during the same period of the previous year, data released by Reserve Bank of India (RBI) showed.

However, the gap was bigger than the preceding quarter which was $4.6 billion, or 0.7% of GDP.

“The CAD contracted on a year-on-year basis, primarily on account of higher invisible receipts at $31.9 billion as compared with $29.9 billion a year ago,” the RBI said.

The net foreign direct investment was $13.9 billion in Q1, up from $9.6 billion last year. During the quarter, foreign portfolio investment recorded a net inflow of $4.8 billion as against an outflow of $8.1 billion in Q1 of 2018-19, on account of net purchases in both debt and equity markets.

“There were number of factors which led to lowering of current account deficit. One is software receipts have gone up, and also private transfers have also gone up. So, I would say the invisible accounts have helped to contain the deficit,” said Madan Sabnavis, chief economist, CARE Ratings.

“Trade deficit has been lower due to lower crude oil prices.

“Also, I think the demand has come down. It is a combination of both,” Mr. Sabnavis added.

RBI data showed net inflow on account of external commercial borrowings was $6.3 billion against an outflow of $1.5 billion a year ago.

Net services receipts rose 7.3%, mainly on the back of a rise in net earnings from travel, financial services and telecommunications, computer and information services.

Confederation of Indian Industries on Thursday said it expects India’s economy to grow at a much slower pace, ranging from a contraction of 0.9% to a growth of 1.5%, in the current financial year, due to the COVID-19 outbreak and the subsequent nationwide lockdown. “Given the extent of the damage to the economy from the […]

This is applicable only till March 31, 2021. Source: thehindu.com Related