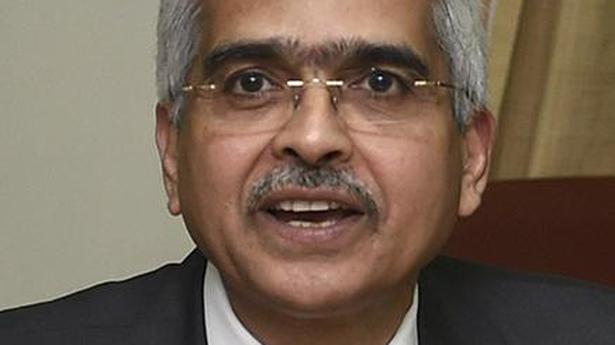 Reserve Bank of India Governor Shaktikanta Das has called for well-calibrated policies by monetary and fiscal authorities in the backdrop of slowing global growth.

Speaking at the release of ‘India’s Relations with the International Monetary Fund’ , authored by V. Srinivas, Mr. Das said, “It is important in the backdrop of slowing global growth that policies of monetary and fiscal authorities are well-calibrated, so that they support growth without further build-up of leverage and asset price bubbles.”

A civil servant of the 1989 batch, Mr. Srinivas served as Advisor to the Executive Director for India at the IMF during 2003-06.

Emphasising on the need for prudent policies that are critical to growth, Mr. Das said, “Globally, we need to focus on policy space, judiciously use it, and simultaneously undertake structural reforms to improve productivity, innovation and job creation.” He said solutions were turning more difficult to come by as the global economy seemed to be moving into a new and unsettling phase in an environment of stressed trade negotiations, rising geopolitical confrontation, and limited policy space and high debt levels in several economies.

“The global order today faces several challenges that will test the skills of the international organisations as well as those of national monetary and fiscal authorities,” Mr. Das said.

Hawkish about inflation, but not dogmatic

The markets were taken by surprise when Michael Debabrata Patra, the executive director of the Reserve Bank of India (RBI) voted in favour of an interest rate cut in the monetary policy review last February. Mr Patra, who has been a member of the six-member monetary policy committee — which sets interest rates — since […]

Amidst rising macroeconomic worries best reflected in the falling growth numbers across the spectrum, Reserve Bank Governor Shaktikanta Das has flagged corporate governance concerns across India Inc, including banks, to lift the efficiency of the economy to its full potential. He also said reviving the twin engines of consumption and investment remains the key challenges […]