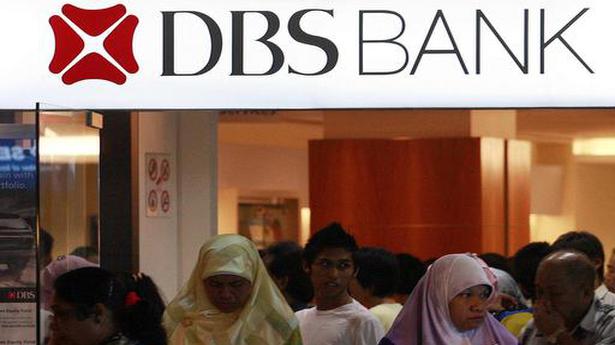 The Reserve Bank of India’s Monetary Policy Committee will go for a modest rate cut at the October meeting following the corporate tax rate cut announced by the government, Singapore’s DBS Bank has said.

“With this fiscal boost focused on investment revival and not consumption (hence not inflationary), we reckon that the RBI MPC might proceed with a modest cut at the October MPC,” the bank’s economist Radhika Rao wrote in a commentary on the Indian economy on Monday.

The central bank is likely to watch these developments closely as risk-free rates rise, Ms. Rao said, adding that the equity markets surged on Friday, while risk-free yields ticked up.

Also, new manufacturing companies starting production on or before March 31, 2023 and incorporated on or after October 1, 2019 will have an option to pay tax at a lower rate of 15% if they do not avail any exemption/incentive.

The effective tax rate for such companies will be 17.01%, inclusive of surcharge and cess.

The new effective rate takes India closer to its regional peers, on par with China, South Korea, Indonesia (announced an upcoming cut to 20%) and OECD average, the report said.

These changes come as a positive surprise and are intended at breaking the cycle of weak sentiments and subdued economic activity.

“Concomitantly, we are mindful that the government will also make some savings on the exemptions that companies were previously availing of and henceforth will have to scale back, if they wish to enjoy lower tax rates. We assume here that these savings have been accounted for in the fiscal cost estimate provided by the finance ministry,” said Ms. Rao.

The government will require to scale back expenditure in the second half of the year to keep the overall deficit near 3.5-3.6% of GDP, the report said.

Why has the Employees’ Provident Fund Organisation not yet paid interest for fiscal year 2019-20? Source: thehindu.com Related

The country’s manufacturing sector activity grew at the slowest rate in four months during March, hampered by softer rises in new business as international demand faltered owing to the coronavirus pandemic, a monthly survey said on Thursday. The headline seasonally adjusted IHS Markit India Manufacturing PMI fell to 51.8 in March, from 54.5 in February, […]

India has uplifted 271 million people out of poverty, Finance Minister Nirmala Sitharaman said on Saturday. In her second Budget presentation, the Finance Minister said the Budget for 2020-21, is woven around aspirational India, economic development and caring society. The government aims to achieve seamless delivery of services through digital governance, she added. “We shall […]