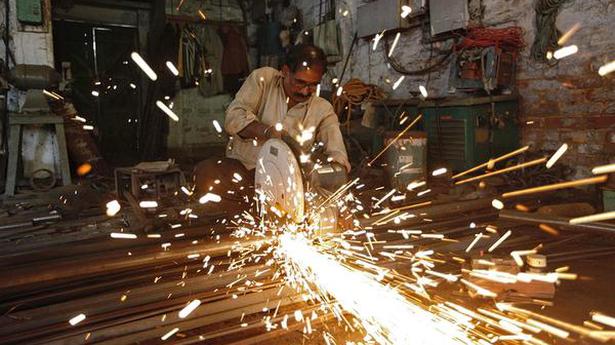 The economic slowdown has adversely impacted employment generation in the country as nearly 16 lakh less jobs are projected to be created in FY20 compared to 89.7 lakh fresh jobs in FY19, a report said.

According to the SBI research report- Ecowrap, there is a decline in remittances in a few states like Assam and Rajasthan, reflecting downsizing of contractual labourers.

“In FY19, India had created 89.7 lakh new payrolls as per the EPFO data. In FY20, as per current projected this number could be at least 15.8 lakh lower,” the report said.

The EPFO data primarily covers low paid jobs as the salary is capped at ₹15,000 per month. As per the calculation done by the report, during April-October 2019, the actual net new payroll was 43.1 lakh which annualised comes out to be 73.9 lakh for FY20.

The EPFO data does not cover government jobs, state government jobs and private jobs as such data have moved to National Pension Scheme (NPS), beginning 2004.

“Interestingly, even in the NPS category, state and central government are supposed to create close to 39,000 jobs less in FY20 as per current trends,” the report said.

It said a sample of data on remittances by migrant labourers to selected states in the last one year showed that there is a decline in remittances in states like Assam, Bihar, Rajasthan, Odisha and UP.

“The delay in resolution of cases under bankruptcy proceedings may have prompted companies to downsize their contractual labourers,” it said.

Over the years, migration has been an important livelihood option for both the poor and the non-poor in the country.

As a result of unequal growth, people from agriculturally and industrially less-developed states migrate to more developed states in search of job opportunities – for example from Uttar Pradesh, Bihar, the southern part of Madhya Pradesh, Odisha, and Rajasthan to states like Punjab, Gujarat, and Maharashtra.

For a large number of migrants, New Delhi is a much-favoured destination due to the abundance of job opportunities, the report said.

“These migrants have been making significant financial contributions to their families in their places of origin,” it said.

The report further said in the last five years, the overall productivity growth has remained relatively stagnant between 9.4% to 9.9%.

This slow growth in productivity manifests in low wage growth, it said.

The report also cautioned the policymakers of such slower productivity growth as it could encourage over-borrowing by corporations and households, which can create a big risk to economies and fiscal systems.

The global economy is likely to pull out of a brief growth slump later this year – with a little help from the world’s central banks and from U.S. and Chinese trade negotiators. Global finance leaders gathered from the spring meetings of the International Monetary Fund and the World Bank agree that the global economy […]

The government will not revise the fiscal deficit target immediately and is not planning any spending cuts at this stage, Finance Minister Nirmala Sitharaman said on Sunday. The government cut corporate tax rates on Friday in a surprise move designed to woo manufacturers, revive private investment and lift growth from a six-year low that has […]

Resolve stressed assets on time in your interest: RBI to banks

Reserve Bank Deputy Governor N.S. Vishwanathan on August 20 exhorted bankers to ensure timely resolution of stressed assets under the new framework to extract the best value and underlined the need for dealing only in “genuine” cases. The central bank will be coming out with the final guidelines for private and foreign bankers’ compensation soon, […]