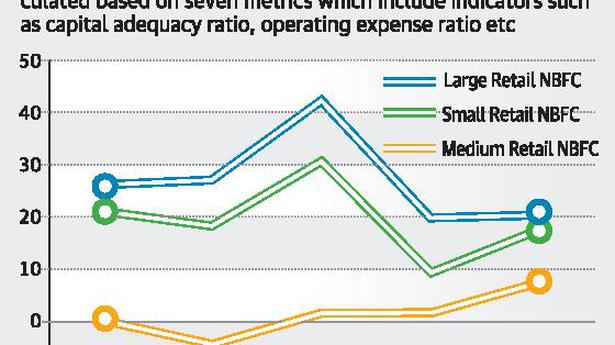 The country will need much bigger banks to become a $5 trillion economy, the Economic Survey 2019-20 said. In particular, at least eight banks are needed which are large enough to belong to the top 100 banks globally, the Survey said noting there is now only one bank in the country, the State Bank of India, with 55th rank, in the world’s top 100 banks.

“The state of the banking sector in India, therefore, needs urgent attention,” the Survey said.

Observing that even though public sector banks are the dominant players in the banking sector, they lag considerably in performance metrics when compared to their peers, the Survey said, pointing out that these entities have destroyed capital deployed by the government over the years.

The report highlighted that while a large economy needs an efficient banking sector to support its growth, credit growth among PSBs has declined significantly since 2013 and has also been anaemic since 2016. Credit growth for the new private banks, however, remained healthy.

Commenting that anaemic credit growth has impacted economic growth, the Survey called for enhancing the efficiency of public sector banks as they operate in the same market as the new private sector banks.

The report says the decline in PSB market share has been largely absorbed by new private banks. The report also pointed out that the PSBs enjoy less strategic and operating freedom as compared to private banks. It says the majority ownership by the government also subjects public sector bank officers to scrutiny of their decisions by the Central Vigilance Commission and the Comptroller and Auditor General.

“With no real restrictions on what can be investigated and under what circumstances, officers of state-run banks are wary of taking risks in lending or in renegotiating bad debt, due to fears of harassment under the veil of vigilance investigations,” the Economic Survey added.

Fear factor, a cumbersome tax regime and tax laws criminalising defaults have depressed private investments, noted economist and former Planning Commission chief Montek Singh Ahluwalia said on Sunday  Mr. Ahluwalia, speaking to The Hindu ahead of the formal launch of his book Backstage, where he shares an insider’s account how economic policies were formulated in the past […]

The issue was discussed in the 14th Joint Economic and Trade Committee (JETCO) meeting between the two countries Source: thehindu.com Related

India can reduce trade deficit with China by $8.4 bn: study