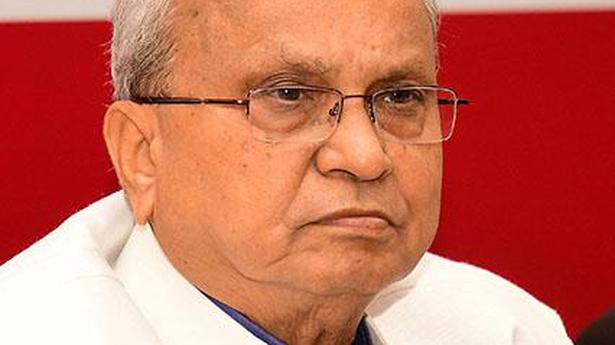 Engineering exports is set to touch an all-time high of $80 billion during the current fiscal, said a top official of EEPC India. “Last fiscal (2017-18), we exported goods worth $76.2 billion, which was a three-year high,” said Mahesh K. Desai, senior vice-chairman, EEPC India.

Mr. Desai said that EEPC had been working on Industry 4.0 for the last two years for helping small and medium enterprises to equip themselves and overcome the challenges in terms of upgrading the technology. Industry 4.0 was on the top of our agenda. Tamil Nadu was at the forefront of it.

Mentioning that southern region accounted for 22% of the country’s total exports, Mr. Nadiger said Tamil Nadu led the chart, followed by Karnataka, Andhra Pradesh and Telangana. According to him, engineering exports from southern region for 2017-18 stood at $17 billion of which Tamil Nadu accounted for $11 billion. “This year too, the growth pattern would be similar. This is due to higher technology intervention adopted by the local industries,” he said.

The task force set up for the development of a secondary market for corporate loans has recommended an online loan sales platform to conduct auctions. Headed by T. N. Manoharan, chairman, Canara Bank, the task force also said that a self-regulatory body of participants should be formed to finalise detailed modalities for the secondary market […]