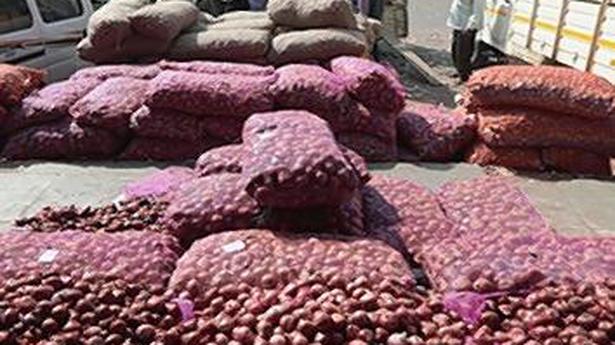 The Centre’s imposition of stock limits in a bid to control the soaring prices of onions over the last few months actually increased price volatility, according to the Economic Survey 2019-20 tabled in Parliament on Friday.

The finding came in a hard-hitting attack in the report against the Essential Commodities Act (ECA) and other “anachronistic legislations” and interventionist government policies, including drug price control, grain procurement and farm loan waivers.

“The Essential Commodities Act has been in existence since 1955, when the economy was very different from what it is today,” said Chief Economic Advisor Krishnamurthy Subramanian, speaking to journalists after the Survey was tabled. “It was an economy ravaged by famine and food shortages. The mindset was very different. What we have shown is evidence of interventions not working… It’s important to make the distinction between storage and hoarding.”

In July 2019, the NITI Aayog set up a panel of Chief Ministers to suggest agriculture reforms, whose mandate included possible amendments to the ECA. However, just a few months later, in September 2019, the Centre invoked the Act’s provisions to impose stock limits on onions after heavy rains wiped out a quarter of the kharif crop and led to a sustained spike in prices.

Although the restrictions on both retail and wholesale traders were meant to prevent hoarding and enhance supply in the market, the Survey showed that there was actually an increase in price volatility and a widening wedge between wholesale and retail prices.

“The lower stock limits must have led the traders and wholesalers to offload most of the kharif crop in October itself which led to a sharp increase in the volatility from November, 2019, onwards,” it said.

The Survey argued that if the government had not intervened, traders would have stored part of their produce to ensure smooth availability of the commodity at stable prices throughout the year. “In the long term, the Act disincentivises development of storage infrastructure, thereby leading to increased volatility in prices following production/ consumption shocks — the opposite of what it is intended for,” it said.

The Survey also offered similar examples of stock limits on sugar and pulses which had little impact. It added that despite 76,000 raids conducted under the ECA in 2019, the conviction rate was abysmally low. “The ECA only seems to enable rent-seeking and harassment. The Survey provides clear evidence that the case for jettisoning this anachronistic legislation is strong,” it said.

The Survey argued that the Drug Price Control Order issued under the ECA also distorted the market and actually made medicines less affordable. Estimates showed that the prices of drugs that came under DPCO, 2013, increased ₹71 per mg of the active ingredient, in comparison to just ₹13 per mg for drugs unaffected by the order. The increase in prices is greater for more expensive formulations than for cheaper ones and for those sold in hospitals rather than retail shops, said the Survey.

With regard to the farm sector, the Survey argued that the beneficiaries of farm loan waivers consume less, save less, invest less and are less productive. It added that the government procurement of foodgrains led to a burgeoning food subsidy burden and inefficiencies in the markets, arguing for a shift to cash transfers instead.

Prime Minister Narendra Modi on Saturday condoled the demise of Sultan Qaboos bin Said al Said of Oman, describing him as a beacon of peace for the region. Sultan Qaboos, the longest-reigning leader of the modern Arab world, died on Friday at the age of 79. “I am deeply saddened to learn about the passing […]