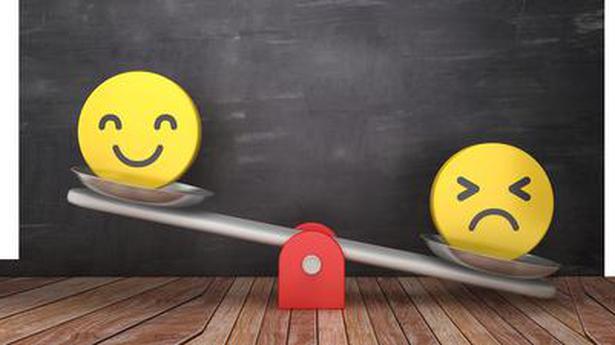 If you’re an investor in debt mutual funds, you’re probably puzzling over reports on ‘side-pocketing’ of bonds that figure in fund portfolios. Last week, UTI Credit Risk Fund and Reliance Ultra Short Duration Fund announced their intent to side-pocket bonds issued by Altico Capital after it as rated default grade by an agency.

Previously, Sundaram Mutual Fund announced, and then backtracked on, its decision to side-pocket bonds from the troubled DHFL. Last month, many fund houses issued full page ads allowing their debt fund investors a one-month exit window to sell units in their debt schemes because they were set to introduce side-pocketing rules into their scheme features. If you’re confused by what all this means to you, here are a few answers:

When debt funds face a downgrade or default on a bond they own, they write down its value in the NAV. Why is side-pocketing needed?

When debt funds write down the value of a bond, they usually aren’t sure if the bond is a complete dud or will realise some value later. But in the interests of conservatism, SEBI rules require funds to write down the value of such bonds by 25, 50, 75 or even 100% in their portfolios, based on their credit ratings. When a fund takes such write-downs, the NAV takes an immediate blow. But if the issuer of the bond later pays up his dues, the fund will then have to increase its NAV to account for the repayment. In such cases, investors in the scheme who exit early taking NAV losses would fail to benefit from the recovery.

On the other hand, new investors who entered the scheme after the write-down would stand to pocket unfair gains on a bond they never owned. Segregating downgraded bonds in a fund’s portfolio into a ‘side-pocket’ avoids such unfair treatment. When a scheme side-pockets a doubtful bond, any recovery from the bond is distributed to all investors who were invested in the scheme when the downgrade happened. Investors who got into a scheme after the downgrade, get to buy only into the main portfolio excluding the doubtful bond.

When and what kind of bonds are debt funds supposed to segregate?

When a bond is downgraded, why do some fund houses announce side-pockets while others don’t?

SEBI has not made side-pocketing compulsory for all bonds that turn non-investment grade. This decision is left to the discretion of the AMC and its trustees. So, when a bond slips into non-investment grade, some AMCs may write down its value and hang on, while others may side-pocket it. Where there’s no side-pocketing, if you exit the scheme after the downgrade, you won’t receive any benefits if there’s a recovery.

What happens when a side-pocket is created?

The scheme separates its portfolio into the good portion, consisting of investment grade bonds, and the bad portion comprising the downgraded bond. The NAV of the scheme will be carved out to the extent of the value (after write down) of the bad bond. All existing investors in the scheme will receive one new unit in the side-pocketed portfolio in addition to existing units in the scheme.

No transactions are allowed in these new units. So, if you redeem the fund after side-pocketing, you will only receive the NAV of the main portfolio. But if the scheme eventually recovers money from the bond, they will get automatically redeemed and you will receive a payout. The trustees of the AMC are supposed to monitor the recovery of proceeds in the side-pocketed bonds.

AMCs have put out newspaper ads about side-pocketing, offering a one-month exit window. Does this mean the scheme will take a hit from a bad bond? Do I need to exit it?

No, you shouldn’t. The ad is only an enabling provision that tells you that the scheme may, in future, use side-pocketing for some of its debt schemes if they take a hit on their bonds. When MFs make changes to their fundamental attributes, SEBI rules require them to give their investors a one-month exit window (without load). Given that SEBI’s side-pocketing rules are recent and most AMCs are introducing this feature into their debt funds for the first time, they have been advertising and offering investors a one-month exit window. Once all fund houses incorporate these enabling provisions into their scheme attributes, they can go ahead with side-pocketing in future without seeking the okay of their investors.

If I don’t check MF websites or newspaper ads, how will I know if a debt scheme is creating side-pockets?

On the day a scheme decides to side-pocket a bond, it is required to issue a press release and send an SMS as well as email to all its investors. It must also inform investors as soon as it secures trustee approval for this. On the day the announcement is made, all new purchases or sales of units in the scheme are frozen.

How do I know if a debt fund I’m going to invest in has side-pockets?

SEBI rules require all debt schemes to disclose the details of side-pocketed or segregated portfolios prominently with the scheme name in their advertisements, scheme documents, application forms and websites.

India urgently needs more ambitious structural and financial sector reform measures and a medium-term fiscal consolidation strategy due to the rising debt levels while ensuring a more accommodative fiscal stance in the budget, the IMF has said. Responding to a question on the budget presented by Union Finance Minister Nirmala Sitharaman, International Monetary Fund (IMF) […]