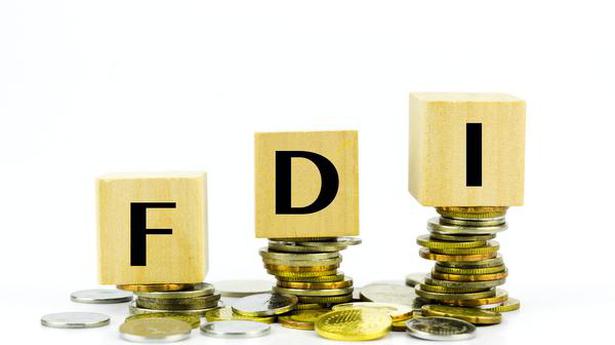 Foreign direct investment (FDI) equity inflows into India crossed the $ 500 billion milestone during April 2000 to September 2020 period, firmly establishing the country’s credentials as a safe and key investment destination in the world.

According to the data of the Department for Promotion of Industry and Internal Trade (DPIIT), the inflows during the period stood at $500.12 billion.

India received $144.71 billion from Mauritius and about $106 billion from Singapore during the period under review.

The other big investors have been from Germany, Cyprus, France and Cayman Islands.

The key sectors which attracted the maximum of these inflows include services segment, computer software and hardware, telecommunications, trading, construction development, automobile, chemicals, and pharmaceuticals.

“Indian FDI journey began with enactment of FEMA (that replaced the draconian FERA) in 1999. Looking back, the half-trillion dollar FDI in India is an indication of foreign investor’s firm belief in India’s strong economic fundamentals, stable political outlook and sustained economic growth which generated returns for investors even during the global recession of 2007-08,” Nischal Arora, Partner- Regulatory, Nangia Andersen India said.

He said as the country cautiously steps into the next decade under the shadow of the ongoing pandemic, it is imperative that the government continues its measures to attract FDI in the manufacturing and high-end technology sectors.

Rajat Wahi, Partner, Deloitte India, said FDI equity inflows crossing $ 500 billion “is indeed a great milestone, and continues to show the trust and faith that the global investors have in India’s growing economy“.

This growth is a strong reflection of the market potential of India coupled with the steady state of market reforms that India has undertaken since 2000, including opening up of various sectors of the economy to 100 % FDI over the last 5 years, he said.

When asked about what more steps the government can take to give a leg-up to increase FDI, Wahi said while the overall market potential of India will always be high, given the large population, many other factors like ease of doing business, land, labour laws, tax rates, availability of talent, logistics, and political stability also play important role in attracting FDI to any country.

“While we have improved significantly across many of these areas over the last decade, and especially over the last 5 years, there is still a long way to go for us to be able to compete with countries like China and other markets like Vietnam, Thailand, and Malaysia,” he added.

However, Gunjan Shah, Partner, Private Equity, Merger & Acquisitions & General Corporate, Shardul Amarchand Mangaldas, said: “I would not attribute this (crossing $ 500 billion mark) to increased investor confidence in the Indian market. There is a lot of liquidity around the world right now and the real test would be to see if a higher proportion of that is being deployed in India.

Mr. Shah said clarity on regulatory and tax issues could help increase FDI and the government should also consider further liberalisation of capital intensive industries like banking and insurance.

V.G. Siddhartha’s and Café Coffee Day’s rise through the years

Son of a coffee plantation owner, V.G. Siddhartha created the Indian rival of Starbucks. Coming from a family that has a 140-year history of growing coffee, Siddhartha initially dabbled in stock trading before actually setting his foot in the coffee business. He initially wanted to join the Indian Army but then envisaged interest in working […]

The Union Budget presented last week has received a rather subdued response from global financial majors who feel that the it did not offer any major stimulus, as a result of which economic growth may remain muted longer than expected. They also feel that execution would be the key challenge as the government has unveiled […]

While the government is walking a tightrope with respect to fiscal deficit, especially due to corporate tax cuts, despite higher receipts from the Reserve Bank of India (RBI), there was a case for a fiscal stimulus expected in the Budget, as the RBI has called for in the recent policy statement. The government acknowledged its […]