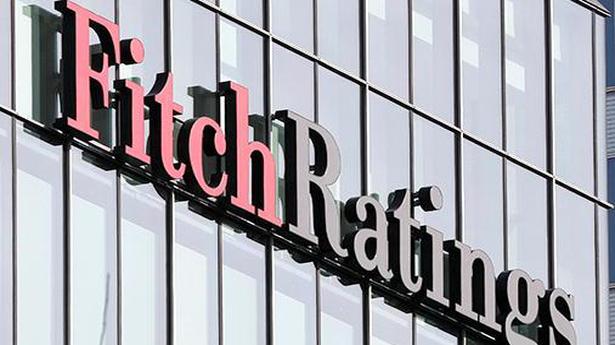 For the global economy, it projected a less severe decline in GDP at -3.7% in 2020 compared to -4.4% in the September projection.

Fitch Ratings on Tuesday raised India’s GDP forecast to -9.4% in the current fiscal year to March 2021 from a previously projected contraction of 10.5% after the economy staged a sharper rebound in the second quarter.

In its Global Economic Outlook, Fitch said the coronavirus recession has inflicted severe economic scarring and the country needs to repair balance sheets and increase caution about long-term planning.

In September, Fitch had sharply lowered its forecast for India’s gross domestic product (GDP) to a contraction of 10.5% in current fiscal 2020-21 (FY21) versus its previous estimate of 5% contraction.

On Tuesday, Fitch said the Indian economy staged a sharper rebound in the July-September quarter from the coronavirus-induced recession. GDP fell 7.5% year-on-year, up from -23.9% in the April-June quarter.

“The rebound in activity was especially sharp in the manufacturing sector: output reached its pre-pandemic level in 3Q20 (July-September), and the manufacturing PMI hints at further gains,” it said adding that manufacturing is buoyed by strong demand for autos and pharmaceutical products, in particular.

The rebound in the services sector was more muted amid continued social distancing, with containment measures scaled back only gradually.

“The outlook is brighter owing to an expected rollout of various vaccines in 2021. India has pre-ordered 1.6 billion doses including 500 million doses of the Oxford/AstraZeneca vaccine. Distribution should allow a faster-than-expected easing of social-distancing restrictions and boost sentiment,” it said.

However, it seems likely that the vaccine rollout over the next 12 months will not reach the majority of the people given the huge logistical and distribution challenges in a heavily populated country like India, Fitch said.

Regional shutdowns are likely in the next few months while the virus is still spreading.

The failure of another bank in recent weeks — the third failure in the past 16 months — underlines the challenges in the financial sector.

This, Fitch said, has deterred the Reserve Bank of India (RBI) from resuming its easing cycle.

“We think inflation has now peaked and should start to decelerate rapidly on favourable base effects and an easing of supply disruptions. This should provide room for the RBI to cut interest rates in 2021,” it said.

Fitch saw consumer price inflation at 4.9% in the current fiscal, which would ease to 3.5% in the next.

For the global economy, it projected a less severe decline in GDP at -3.7% in 2020 compared to -4.4% in the September projection.

It also revised up its annual world GDP growth forecast for 2021, but only modestly, to 5.3% (from 5.2%), as the deteriorating outlook in the very near term partially offsets a stronger outlook from the sector half of the year.

“We are now significantly more optimistic for 2022, as we assume vaccine rollout will facilitate a material easing in social distancing,” it said.

Finance Minister Nirmala Sitharaman on Monday introduced the Taxation Laws (Amendment) Bill, 2019, in the Lok Sabha to replace the Taxation Laws (Amendment) Ordinance, 2019, which was used to slash corporate tax rate to stimulate growth rate in a slowing economy. The bill will replace the ordinance promulgated on September 20, 2019, to cut the […]

Fear factor, a cumbersome tax regime and tax laws criminalising defaults have depressed private investments, noted economist and former Planning Commission chief Montek Singh Ahluwalia said on Sunday  Mr. Ahluwalia, speaking to The Hindu ahead of the formal launch of his book Backstage, where he shares an insider’s account how economic policies were formulated in the past […]

The impact of the slowdown has not been felt in the fashion segment, according to Vasanth Kumar, MD, Lifestyle International Pvt. Ltd. He was confident that sales will be back on track, from the slight slowdown the segment has been experiencing currently, during the festive season. Mr. Kumar said the slippage in growth rate — […]