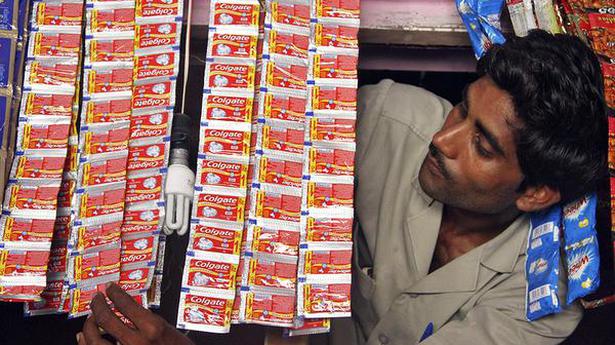 For the first time in seven years, rural growth has fallen below that of urban for the fast-moving consumer goods (FMCG) industry, whose sales are often looked upon as a barometer of overall economic growth and consumption due to the range and reach of products across price points.

According to a latest study by Nielsen, rural market grew at 5% in the quarter ended September 30, lower than the urban market’s growth rate of 8%. For the rural market, this is a sharp fall considering it grew at 20% in the corresponding quarter last year.

According to the research company, rural India contributes 36% to the overall FMCG sales, and has historically been growing around 300 to 500 basis points faster than urban.

“This has been on account of increasing affordability, availability and conversion of commodity to branding resulting in higher demand. However, in recent periods, rural growth is slowing down at a much faster rate compared to urban,” said a release by Nielsen.

Rural growth took a hit primarily due to high rural inflation, lowest annual wage hike since 2009 and floods in as many as 13 states leading to crop loss and thereby farm income.

The sales per store in rural areas in the September 2019 quarter was one-fourth when compared to the September 2018 quarter, which further corroborates the significant drop in demand among rural customers.

“The sentiments echo those in India’s economic environment with GDP also witnessing fifth straight quarter of downside. The drop in GDP is driven by the weakening of household spending which forms the majority share of the GDP for the country. There is also a looming concern on increasing inflationary pressure which was at 2% at the beginning of the year and has already moved up to 4% in September 2019,” said Nielsen.

Going ahead, the FMCG industry is expected to grow in the range of 6.5% to 7.5% in the December 2019 quarter, while the first three months of 2020 could see the industry grow in the range of 7.5% to 8.5% due to a combination of factors like government policies, Budget provisions, monsoon, onset of festive season and rise of e-commerce, according to Nielsen.

How to plan your vacation without spoilers!

Two days before her 24th birthday, Ushmita received a mysterious envelope at her home in Ahmedabad. She opened it, her heart in her mouth. This envelope contained the details of her very first solo trip — a trip she was leaving on the next day, and still had no idea where and how. Quickly perusing […]