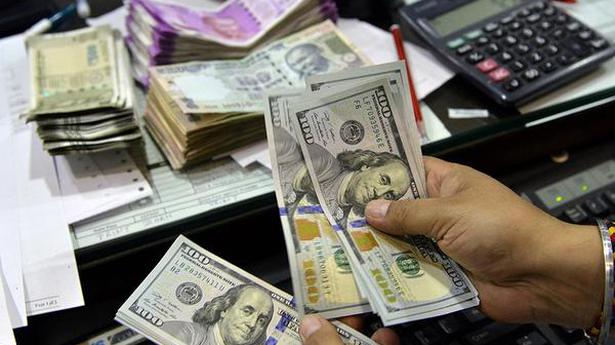 In the reporting week, the reserves declined despite an increase in foreign currency assets (FCA), a major component of the overall reserves

In the previous week ended November 20, the reserves had increased by $2.518 billion to touch a record high of $575.29 billion.

In the reporting week, the reserves declined despite an increase in foreign currency assets (FCA), a major component of the overall reserves.

Expressed in dollar terms, FCA includes the effect of appreciation or depreciation of non-U.S. units like the euro, pound and yen held in the foreign exchange reserves.

The country’s reserve position with IMF decreased by $1 million to $ 4.679 billion.

WPI inflation spikes to 3.18% in March on costlier food, fuel

Wholesale price-based inflation rose for the second consecutive month to 3.18% in March on costlier food and fuel, government data released on Monday showed. The Wholesale Price Index (WPI) based inflation was at 2.93% in February. It was 2.74% in March 2018. Inflation in food articles hardened with steep rise in prices of vegetables during […]

The government is striving to push spending into the most productive uses to spur the economy without becoming fiscally imprudent and has projected receipts and expenses in as realistic a manner as possible, Expenditure Secretary T.V. Somanathan said, detailing the Budget’s provision. For the coming year, we’re looking at expenditure to GDP ratio going up […]

The first auction of the second tranche of Reserve Bank of India’s (RBI) targeted long term repo operations (TLTRO 2.0), which were meant for liquidity support to non-banking financial companies, (NBFCs), received poor response as total value of bids received from banks was almost 50% less than the notified amount. The RBI received 14 bids […]