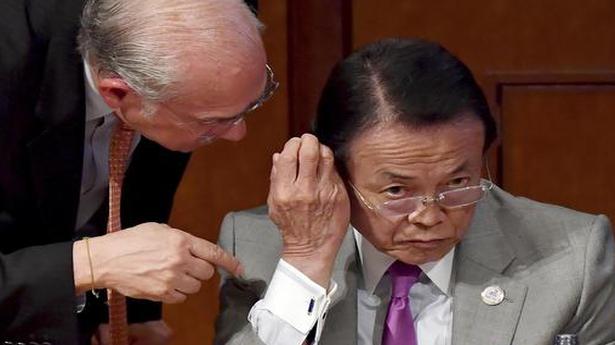 The Finance Ministers of the G20 member nations on Saturday called for the creation of a digital tax for multinational technology companies, the details of which will be finalized next year.

The initiative was debated on Thursday during a G20 Ministerial Symposium in the Japanese city of Fukuoka, with the world’s leading industrialized countries coming out in favour of setting up a new tax model that is adapted to the digital economy, reports Efe news.

The representatives from Japan, US, China, France and the UK supported modifying their current regulations that allow digital giants such as Amazon, Google and Facebook to be taxed where they are headquartered, and instead implement taxes based on their revenue and number of users in every market where they operate.

“G20 leaders agreed to work together to seek a consensus-based solution to address the impacts of digitalization on the international tax system,” said Japanese Finance Minister Taro Aso, who also highlighted “the public frustration surrounding the lower effective tax rates faced by some digital companies in particular”.

The G20 ministers committed to working on charting out a “digital tax” by the end of the year and publish a report in 2020 in which the details of the measure are to be finalised, according to the working calendar established by the Organization for the Economic Co-operation and Development.

OECD chief Angel Gurria said that the initiative would have two fundamental pillars: one based on ending with the principle of taxation according to the physical presence of the country, with the second aimed at stopping the tax competition and companies turning to countries with less tax pressure.

France and the UK already apply such charges at the national level and are expected to withdraw their measures when a multinational framework is agreed upon, according to the finance ministers Bruno Le Maire and Philip Hammond.

The United States Treasury Secretary Steven Mnuchin urged the parties to go forward with a strong consensus, pointing out that “having a fragmented tax approach is not good for any of us”.

Despite Finance Minister Nirmala Sitharaman announcing several initiatives on Friday for providing relief to the MSME sector, a section of the industry said that those measures alone would not help it come out of its problems. “Today, the main problem of MSMEs is the financial issue. To solve this, both the central and State governments […]

The Asian Development Bank has lowered its forecast for India’s GDP growth in the current financial year 2019-20 to 5.1% from its earlier estimate of 6.5%. “Growth in India is expected to slow to 5.1% in 2019 as the foundering of a major non-banking financial company in 2018 led to a rise in risk aversion […]

Former Congress chief Rahul Gandhi said on Tuesday that runaway inflation has created a situation of ‘financial emergency,’ while the former Finance Minister P. Chidambaram cautioned the government that the youth and students could explode in anger if unemployment rises and incomes decline. The Congress also demanded that Mr. Modi convene a meeting of all […]