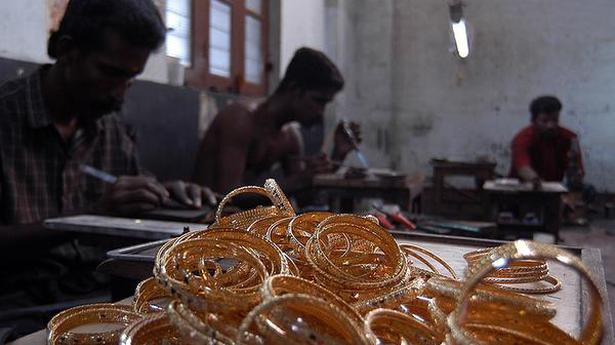 Gold, which has always been the preferred choice of investment in India, is likely to lose its sheen, at least in the jewellery segment. As per a recent Morningstar. study, a combination of government initiatives and shifting preferences is expected to slow the growth of jewellery demand in China and India — two of the world’s largest markets for gold — despite rising incomes.

“In India, the government has long sought to minimise gold imports to strengthen the rupee. This included increased taxes to make gold more expensive to purchase,” stated a report by Morningstar.

“… different factors, like better social security or increased forms of other consumer spending, such as technology, for example, are likely to keep it from fully reaching older generation levels,” it added.

While Chinese gold purchases rose about 15% from 2012 to 2018, purchases of all personal luxury goods rose 230%, which, as per the study, is “representative of gold’s declining share in purchases going forward.”

“We expect the younger generations’ preferences to remain below the levels of older generations, leading to lower gold purchase intensity and slower growth for annual gold jewellery demand, it added.

Central banks and exchange-traded funds, however, will continue to fuel the demand for the yellow metal, as per the study.

“ETF holdings have [seen] resurgence as the investment case has strengthened due to declining Fed-funds rates combined with stable inflation,” stated the report.

The report added that ETF holdings have not been this high since early 2013 when the investment case had just started to weaken as the market expected rate hikes to return.

Interestingly, current ETF holdings are roughly equivalent to an entire year’s worth of mine supply which, as per the report, presents a significant downside risk to the gold price when real rates return higher and ETF holders sell.

Left slams RBI proposal to give banking licences to corporates

A retrograde move and it permits loot of people’s savings demolishing the system, they say The Left parties slammed the RBI proposal to give banking licences to large corporates calling it a retrograde step. Also read: Congress opposes move to allow corporate houses set up banks The RBI had strongly objected to this in the […]