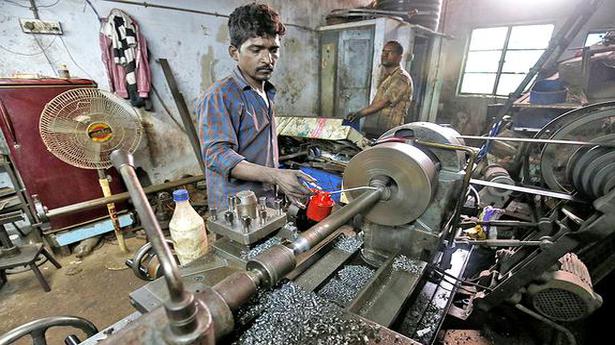 The government is in talks with foreign lenders to provide $14.5 billion in credit to millions of small firms, two officials said.

The government is in discussions with multiple foreign lenders, including Germany’s state-owned development bank KfW Group, the World Bank and some Canadian institutions to extend lines of credit to small enterprises, one of the officials, who did not want to be identified, told Reuters.

KfW’s India office confirmed the discussions, though the main focus was on credit lines to support small businesses’ solar power generation. The talks were at an early stage, KfW said.

The World Bank’s India spokesperson did not reply to an email seeking comment. The official said the government plans to source up to ₹1 lakh crore of loans from foreign institutions because Indian banks were not in a position to provide enough capital for the small business sector, which is seen as critical to job creation. “We are exploring, we are having discussions with various funding agencies if something can be done [for small and medium firms],” the second official said.

The officials did not provide full details of the discussions they are having with banks, or identify all those they are talking to, but said talks are at a very early stage.

India’s micro, small and medium enterprise (MSME) Ministry is discussing the proposal — to pull in foreign banks — with the Finance Ministry , which will make a final call, the second official said. The push for foreign loans comes on the heels of the government’s announcement earlier this month that it was planning to borrow about ₹700 billion by issuing overseas sovereign bonds.

India’s 63 million firms in the micro, small and medium firm sector are responsible for more than a quarter of the country’s manufacturing and services output, and must be re-energised for the government to kick-start the economy. Gross domestic product growth fell to a five-year low of 5.8% in the January-March quarter, well below the 8%-plus rates that the government is targeting.

But credit availability for SMEs, which also account for about 45% of the country’s exports, has worsened due to a liquidity crisis in the non-banking financial companies (NBFC) sector.

State-owned banks have not been able to drive increased lending because they are burdened with more than $145 billion in bad loans. Last month, a study by an RBI panel said the overall deficit in credit for the MSME sector is estimated at about ₹20-25 lakh crore.

Despite Finance Minister Nirmala Sitharaman announcing several initiatives on Friday for providing relief to the MSME sector, a section of the industry said that those measures alone would not help it come out of its problems. “Today, the main problem of MSMEs is the financial issue. To solve this, both the central and State governments […]

Any investment from investing entity or individual from any of the neighbour including China will be subject to approval from the government. Source: thehindu.com Related

Should I invest in Senior Citizens Saving Scheme ? Answers to your personal finance queries

Q. My wife is a senior citizen (under 80 years) and I am a super senior citizen (80 plus). We have limited income and that too, only from interest. So, we would like to plan for getting the maximum amount by investing in very safe avenues. The limit of investment in Senior Citizens Saving Scheme […]