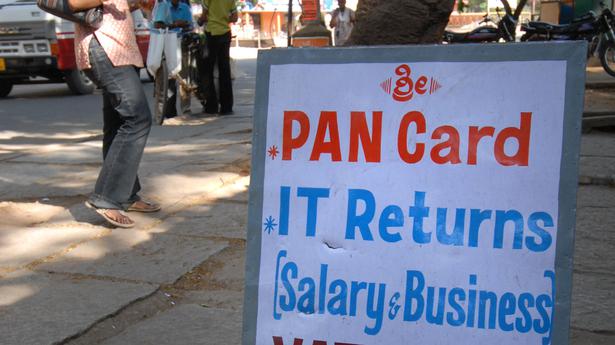 The government on Sunday announced that the deadline for the linking of Aadhaar with PAN has been extended to September 30, 2019.

Those looking to file their income tax returns on or after April 1, 2019 will still have to quote their PAN while doing so.

“It has been reported in some sections of the media that those PANs which are not linked with Aadhaar number by March 31, 2019 may be invalidated,” the government said in a statement. “The matter has been considered by the Central government and now the cut-off date for intimating the Aadhaar number and linking PAN with Aadhaar is September 30, 2019 unless specifically exempted.”

The statement added that the Aadhaar number should be quoted while filing income tax returns from April 1 onwards.

“Notwithstanding the last date of intimating/linking of Aadhaar Number with PAN being 30.09.2019, it is also made clear that w.e.f. 01.04.2019, it is mandatory to quote and link Aadhaar number while filing the return of income, unless specifically exempted,” the government said.

This is the sixth time the government has extended the Aadhaar-PAN linking deadline.

Tremors of low intensity were recorded in the catchment area of the Idukki dam and the district headquarters region on Thursday night. The tremors at 10.15 p.m. and 10.25 p.m. were felt in areas adjoining Cheruthoni and the epicentre was reported to be the Vengoor hills inside the Idukki Wildlife Sanctuary. The second tremor lasted […]

A Border Security Force (BSF) soldier went on a shooting spree at a security facility in north Tripura on Friday night. He shot bullets at his colleagues critically wounding two. BSF officials refused to share details of the incident before completion of investigation. Arun Kumar Verma, a senior official of Tripura Frontier of BSF, on […]