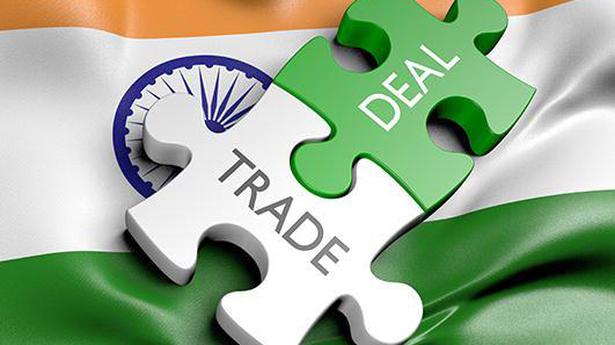 While India has not yet signed the Regional Comprehensive Economic Partnership agreement, it has accepted suggestions of other countries regarding rules on investments, a source aware of the developments told The Hindu.

India and the other RCEP countries are currently in the final phase of negotiations in Vietnam.

India has so far agreed to several provisions that bring it in line with the investment rules applicable in most comparable countries, including banning host countries from mandating that the investing companies transfer technology and training to their domestic partners, and removing the cap on the quantum of royalties domestic companies can pay their foreign partners.

If the RCEP agreement is signed, these rules are expected to attract greater investment in India from the other 15 RCEP countries (the 10 ASEAN countries, China, Japan, South Korea, Australia and New Zealand). Indian laws currently have the provision wherein companies investing in the country can be made to transfer technology or know-hows to their domestic counterparts.

The government and Reserve Bank of India also currently impose a cap on the royalties a domestic company can pay to its foreign parent or partner, for certain kinds of investments.

These restrictions have been seen as major hindrances to investing in India, and other RCEP countries have argued strongly for their removal.

“The investment chapter of the RCEP deal has been agreed upon, and India has agreed to the removal of technology transfer requirements, and also the removal of any caps on royalty payments,” the source said.

“This means there will be no cap on the royalties that a company like, say, Maruti, [can] pay a foreign partner.”

While there is apprehension in industry that removing the cap on royalty payments would lead to increased outflow in foreign exchange and deplete the ability of domestic firms to pay dividends to shareholders, there is also the view that removal of these restrictions will result in increased investments in India.

“If India has taken this decision, then it is certainly a step in the right direction,” T. S. Vishwanath, principal adviser with ASL, a law firm specialising in trade law and remedies, said.

Need to demystify India for our investors: Belgian Minister

Belgian Minister for Digital Agenda, Telecom and Postal Services Philippe De Backer is all for efforts to help demystify India to investors from Belgium, more importantly in the context of the changing geopolitical situation. “We have to look at India. Try to understand what’s going on, what the differences are… many of [the] Belgian companies […]

In its boldest gambit yet to stir up the economy, the government on Friday issued an ordinance to reduce the corporate tax rate for domestic firms and new manufacturing units by 10 to 12 percentage points, effectively bringing India’s tax rates on par with its competing Asian peers. Finance Minister Nirmala Sitharaman said that the […]