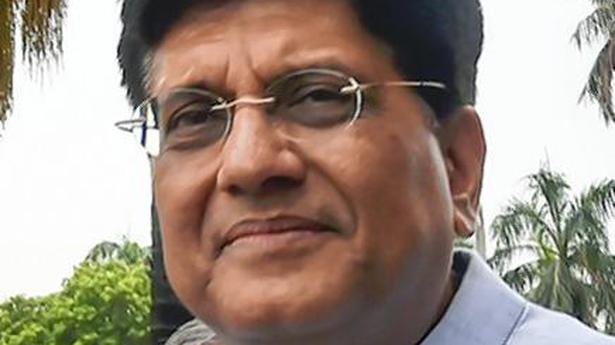 India and the U.S. are “very close” to resolving all their trade-related differences, with Commerce Minister Piyush Goyal planning to meet the U.S. Trade Representative in the coming month, a senior Commerce Ministry official told The Hindu.

The focus now for the two countries is to “calm the heightened tempers” since almost all issues have been resolved, the official added. The core area of disagreement, market access, is also close to being resolved, he said.

“All the issues that have happened, on aluminium, steel, retaliatory tariffs by us, are all done now,” the official said on the condition of anonymity. “The focus now is to look ahead and to calm the heightened tempers on both sides. The officials from our side and their side have been meeting regularly, and we are very close to seeing an agreement coming into place.”

The key bone of contention between India and the U.S. is market access, the official explained, adding that this was at the bottom of most of the tensions between the two countries over the last year or so.

“The market access issue will also be resolved soon, when the [Commerce] Minister meets the U.S. Trade Representative either late next month [August] or early the month after that,” the official said. The Indian government is demanding greater market access in the U.S. for dairy products, medical devices, and information and communication technology (ICT) services, he added.

The U.S. government, on the other hand, is demanding increased market access on a wider range of products.

India had in mid-June imposed retaliatory tariffs on 29 items imported from the U.S., including walnuts, apples, and some pulses, a year after it had initially threatened to do so. The threat of retaliation by India had come following U.S. President Donald Trump’s decision in March 2018 to impose higher import tariffs on aluminium and steel, including that originating in India.

Soon after, the U.S. also announced that it would be reviewing India’s eligibility for duty-free imports under the US Generalised System of Preferences (GSP). India repeatedly held talks with the U.S. at various levels to convince them to grant India an exemption from the steel and aluminium import duty hike, and also to further extend the GSP to India.

However, this was to no avail. The U.S. refused to grant India an exemption from the import duty hike and also earlier this year withdrew India’s GSP status.

“The meeting between the Minister and the USTR will close this issue and once again increase the engagement between the two countries,” the official said.

The government has taken prompt and adequate measures to boost exports, say exporters and analysts, reacting to Finance Minister Nirmala Sitharaman’s announcements for the sector. “The provision for Remission of Duties or Taxes on Export Product (RoDTEP) and replacing the existing Rebate of State and Central Taxes and Levies (RoSCTL) scheme on export of garments […]

Bangladesh and Nepal are estimated to grow faster than India in 2019, according to the World Bank, which said that overall growth in South Asia is projected to slow down this fiscal in line with a global downward trend. Pakistan’s growth rate is projected to deteriorate further to a mere 2.4% this fiscal year, as […]

India’s government is likely to cut spending for the current fiscal year by as much as ₹2 lakh crore as it faces one of the biggest tax shortfalls in recent years, three government sources said. The economy, which is growing at its slowest pace in over six years because of lack of private investment, could […]