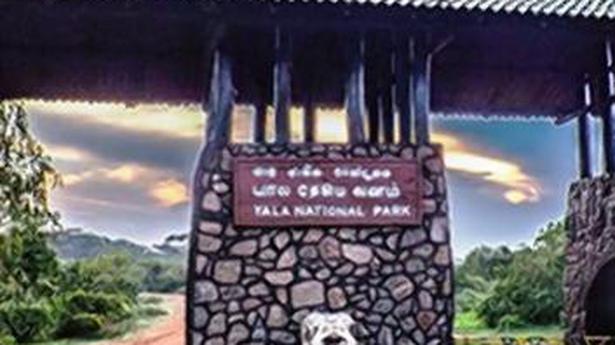 An additional inflow of business tourists, rise in bookings for traders’/dealers’/consumers’ conferences and wedding parties from India have contributed significantly to the overall economic recovery in the last couple of months, according to a Sri Lankan Government official.

A series of bomb blasts ripped through churches and hotels in Sri Lanka on April 21, killing over 250 people bringing the island nation’s trade and tourism to a grinding halt. After the Easter Sunday attack, tourist arrivals dropped to 37,802 in May against 1.30 lakh in the corresponding month a year ago and from the year’s peak of over 2.52 lakh in February. However, the numbers started picking up with 63,072 arrivals in June, 1,15,701 in July and 1,43,587 in August as per statistics provided by the Sri Lanka Convention Bureau.

Yasantha De Silva Yaddehi, Minister (Commercial), Sri Lanka Deputy High Commission-Chennai said Sri Lanka had made a remarkable recovery in the last few months and India’s contribution to it has been significantly high especially in the weddings and MICE (Meetings, Incentives, Conferences and Exhibitions) segments.

“Post bomb blasts, our MICE arrivals from India have picked up substantially in the last few months. We have been receiving bookings for traders’/dealers’ meetings and consumer conferences. A large number of Indian corporates, mostly automotive, cement, pharma and IT firms, prefer us for their team outings. Business and leisure tourist arrivals are also on the rise in the last couple of months,In addition to these, we are seeing an overwhelming demand for our beach destinations to host Indian weddings. Each of these wedding groups would comprise of not less than 100-members of family and friends’’ said Mr. Yaddehi.

In September, the Sri Lankan government earned over $50 million from international conference of the Bohra community held in Colombo. Over 24,000 community members have flown into the Island, from round the globe, to participate in the conference.

“Post blast, there has been a decline of over 70% in tourists arrivals in the country. However, the growth is making a come back with numbers for August and September are being quite optimistic,’’ said Kumar De Silva, chairman, Sri Lanka Convention Bureau.

As per Sri Lanka’s Ministry of Tourism statistics, India, China, U.K., Australia and Germany are its top five international tourist markets. Some 27% of the foreign tourist traffic it received in the month of September was from India. The United Kingdom accounted for 10%, China 7%, Germany and France 5% each, Maldives 4%, Spain and Canada 3% each while rest of the world accounted for 30%.

It was quite evident that India has been driving the recovery (post blast), as Europe, Far East, U.K. and America were yet to warm up and fully get out of safety concerns, said Somi Hazari, Managing Director, Shosova Group and also former President, India-ASEAN-Sri Lanka Chamber of Commerce & Industry.

“Political instability has not been helping Sri Lanka. Any sizeable economic recovery of the nation will be directly linked to the outcome of the forthcoming elections in December,’’ added Mr. Hazari, an Indian who has interests in Sri Lanka.

The Congress on Saturday accused the government of “ruining” the economy by its “monumental mismanagement” and advised the Centre to immediately give money in the hands of the poor by making rural job scheme MNREGA “need based”. Senior Congress leader Anand Sharma said that under the rural job scheme MNREGA the government should give employment […]

India will be one of the Guest of Honour Country at China’s second International Import Expo (CIIE) to be opened at Shanghai on November 5 where it plans to make a strong pitch for exports of its Pharma, IT and agricultural products among others. An Indian business delegation headed by Commerce Secretary, Anup Wadhawan, would […]