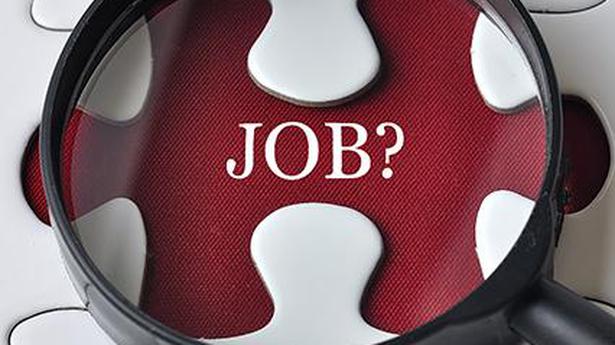 The new macroeconomic data released by the government last Friday, which showed joblessness for 2017/18 at 6.1%, a 45-year high was not factored into the World Bank Group’s June 2019 Global Economic Prospects (GEP) report, Ayhan Kose, Director of the Bank’s Global Prospects Group told The Hindu, during a briefing call with reporters.

“This data is rather new. Obviously we have not [taken] it into account … our cut off date for the data as we indicated in the report is May 23 [2019]. Having said that, India’s GDP growth slowed to 5.8% in the first quarter [of 2019] from 6.6% in the previous quarter,” Mr. Kose said. “Manufacturing activity and investment figures were weaker than expected.” This, Mr. Kose, said, was attributable to uncertainty in the run up to the elections and was “somewhat expected”.

In its 2014-2019 term, the NDA government had faced criticism over its handling of data. For instance the unemployment data from the National Sample Survey Office (NSSO), leaked in January, was officially released last week, post-elections. In January, the Ministry of Statistics and Programme Implementation published revised GDP growth numbers for 2017, showing an increase of 1.1%, with growth pegged at 8.2%.

In March, 108 economists and social scientists from around the world, wrote an open letter “Economic Statistics in Shambles” to highlight the data credibility problem.

World Bank’s representatives did not wish to comment on the data credibility issue on Tuesday’s briefing call.

“We are of course relying on data coming from government officials, and we have no comment at the moment,” Mr. Kose said.

Non-resident Indians (NRIs) on Friday welcomed Finance Minister Nirmala Sitaraman’s announcement in the Lok Sabha on Friday that all NRIs holding an Indian passport will be eligible for the Aadhaar card. “I warmly appreciate the Union government and the Finance Minister for taking this important measure,” K.V. Shamsudheen, chairman of UAE-based charity Pravasi Bandhu Welfare […]

A day after SBI decided to link its short-term loans and large savings deposits rates to the repo rate, chairman Rajnish Kumar said loans and deposits below ₹1 lakh will continue to be linked to the present MCLR to protect retail customers from market vagaries. In a first, the lender said on Friday that from […]