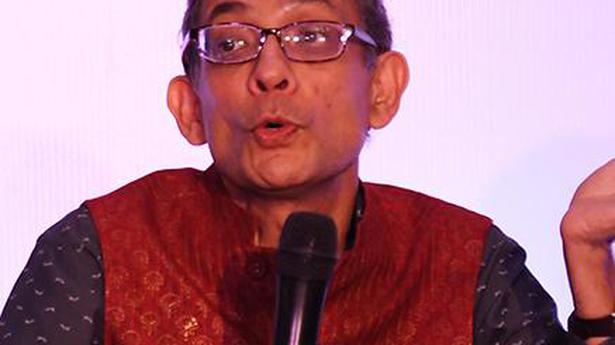 Indian-American Abhijit Banerjee, who on Monday won the 2019 Nobel for Economics, said Indian economy was on shaky ground.

The data currently available do not hold any assurance for the country’s economic revival anytime soon, he stated.

“The condition of the Indian economy is on shaky ground. After witnessing the present [growth] data, just can’t be sure about it [revival of economy in the near future]. In the last five-six years, we could at least witness some growth, but now that assurance is also gone,” Mr. Banerjee told a news channel from the U.S.

The 58-year-old economist, who bagged the coveted prize jointly with his wife Esther Duflo and another economist Michael Kremer for his “experimental approach to alleviating global poverty”, said he never thought he would get a Nobel so early in his career.

“I have been doing this research for the last twenty years. We have tried offering solutions towards alleviation of poverty,” Mr. Banerjee, who is currently the Ford Foundation International Professor of Economics at the Massachusetts Institute of Technology (MIT), said.

All about home insurance

Home insurance package policies bundle a comprehensive, yet cost-effective fire and allied perils insurance with several other interesting options. They include fire and burglary cover for contents, options to cover specified jewellery and valuables under a special section as also specified domestic appliances against breakdown and specified televisions and desktop computers against loss or damage. […]

Reacting to the GDP growth rate for the July-September quarter at 4.5%, a six-year low, announced on Friday, former Prime Minister Manmohan Singh said the figures were “completely unacceptable”, and pointed to a “palpable climate of fear” leading to this state of the economy. Dr. Singh said there was no denying that the Indian economy […]