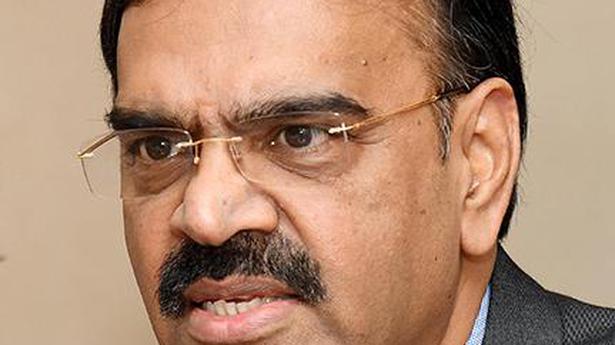 Public sector Indian Overseas Bank (IOB) is hopeful of a good performance this financial year and come out of the Prompt Corrective Action (PCA) framework of the Reserve Bank of India, said a top official.

“We are working towards this goal and will be achieving it soon,” said R. Subramaniakumar, MD and CEO, IOB. “Last month, we bagged excellence awards for financial inclusion and digitisation,” he said.

“There were visible improvements in the third quarter and this will follow in the fourth quarter, too. More information can be shared during the Q4 results,” he said. On Thursday, IOB shareholders approved a special resolution granting permission to the board to issue 269.54 crore shares at an issue price of ₹14.12 a share on a preferential basis to the Centre for the capital infusion of ₹3,806 crore received in February.

“After the infusion of funds, the government holding will increase to 92.52% from 89.39%,” he said. “The funds will be used for strengthening lending to RAM (retail, agriculture, MSME) sector against corporate sector lending,” he added. Two years back, IOB’s exposure to RAM was 44% and now, it will increase to 66%,” he said.

Asked about the bank’s performance, Mr. Subramaniakumar said IOB was working towards reducing non-performing assets and improving return on assets.

In the latest quarter (July to September 2019-20), India’s Gross Domestic Product grew at the slowest pace in 6.5 years. Also, the growth was not fuelled by private consumption or investment, the prime drivers of the economy, but through government spending which surged in recent quarters. Among the slowest GDP grew at 4.5% in the […]

The Modi government is chasing them to recover the dues, says the Finance Minister Source: thehindu.com Related