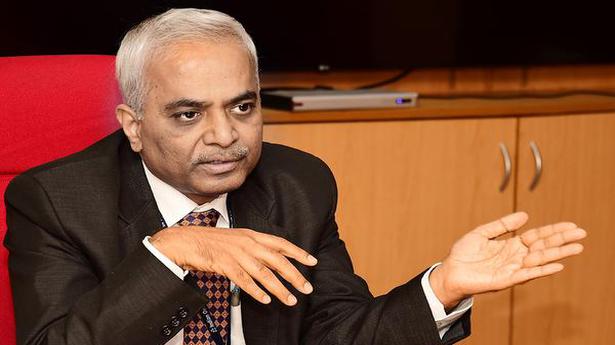 Public sector lender Indian Overseas Bank’s (IOB) current focus would be on reducing its net non-performing assets (NPAs) and coming out of the Prompt Corrective Action (PCA) framework of the Reserve Bank of India during the current fiscal, said a top official.

Admitting that IOB was relatively slower in coming out of the RBI’s watchlist as compared with its peers, he elaborated on measures taken by the bank for recovering monies, such as appointing a special task force to monitor big one-time settlement cases, selling assets to asset restructuring companies and recovering educational loans.

He said all these would enable the bank to improve profitability and “enable us to come out of the PCA framework of the Reserve Bank during the current year. We will turn to profit during the second quarter,” he added.

Mr. Sekar said the bank had sought ₹6,000 crore from the central government as capital.

When pointed out that his predecessor had said that IOB would return to black during the first quarter of 2020, he said it would get shifted by one or two quarters. However, the bank was on its way to recovery, he added.

Interacting with the media, Mr. Sekar said that over the last few days, he had had the first the round of interaction with senior officials, to gauge the mood.

He said while some automated teller machines would be relocated, none of the branches would be closed down. Over the last few months, the number of loss-making branches was reduced to 45, he added.

“The recovery in the last few quarters was not up to the desired level. But, it has been more than the slippages. Slippages have been contained,” he added.

Suddenly, ‘one nation, one policy’ sentiment is overtaking other models

Not many can claim to be experts in the arcane field of fiscal federalism. And there’s none who has seen the subject close at hand from the States’ point of view, the Centre’s and also from the Finance Commission as has Y.V. Reddy, who has the additional distinction of having been the Governor of the […]

Monetary policy has its limits, reforms must continue: Das

Though recognising the signs of an economic slowdown and acting early helped the central bank to reduce interest rate as falling inflation provided space, monetary policy has its own limits, Reserve Bank of India Governor Shaktikanta Das said on Friday. Speaking at the St. Stephen’s College, his alma mater, on ‘Seven Ages of India’s Monetary […]

COVID-19 setback to business could be serious: Infosys

Financials may be hit due to negative impact on economies of U.S., U.K., EU Source: thehindu.com Related