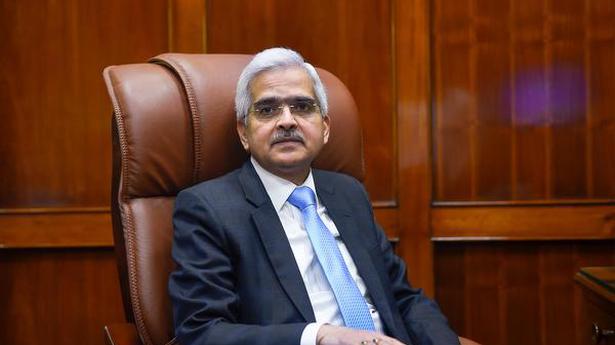 Allowing corporates to promote banks is not the RBI’s view, and the central bank will take a decision on it and other suggestions made by an internal panel recently only after perusing public comments, RBI Governor Shaktikanta Das said on Friday.

It can be noted that the RBI’s Internal Working Group’s (IWG) suggestion to allow corporates into banking has received sharp criticism from experts, including former RBI Governors, Deputy Governors and also Chief Economic Advisors, who fear doing so may put depositors’ money at risk as lending can happen to entities within a group.

The IWG has also suggested allowing Non-Banking Financial Companies (NBFCs) with over ₹50,000 crore in assets to be considered for conversion to bank, and also lowering the time taken before a payments bank can convert into a small finance bank. These proposals have also received some criticism.

Without going into the specifics, Mr. Das said, “It is a report by an IWG of RBI. It should not be seen as RBI’s point of view or decision. That has to be very clearly understood.”

He said the five-member IWG, which had two members of RBI’s central board and three officials from RBI, acted “independently” after deliberations and gave a certain point of view.

“RBI has not taken any decision on these issues so far,” Mr. Das said, adding that the central bank will peruse the stakeholders’ and public comments before arriving at a “considered decision“.

It can be noted that as per the report, only one member of the panel supported allowing large corporate or industrial houses to promote banks.

Those in support of the move say allowing the deep-pocketed corporations will make capital available, which will fuel the growth in the economy, especially at a time when the state’s capacity to fund is limited because of fiscal constraints.

In a critique, former RBI Governor Raghuram Rajan and former Deputy Governor Viral Acharya had said “highly indebted and politically connected business houses” will have the greatest incentive and ability to push for new banking licenses, a move that could make India more likely to succumb to “authoritarian cronyism”.

The Hindu Explains | Why the rush for the IRCTC public offer

The rush for a piece of Indian Railway Catering and Tourism Corporation Ltd. (IRCTC) is unprecedented for any PSU disinvestment. In the 112 times subscription for the initial public offering (IPO), there is a significant message. The government hoped to raise ₹645 crore from the IPO. But it has been flooded with subscription amounting to […]

Why has the rupee fallen against the dollar?

The story so far: The rupee slumped on Friday to a record closing low of 75.20 against the U.S. dollar as deepening concerns about the economic fallout of the COVID-19 pandemic sent global investors scurrying to dump most assets, especially emerging market holdings, and opt for cash and the relative safety of the greenback. The […]