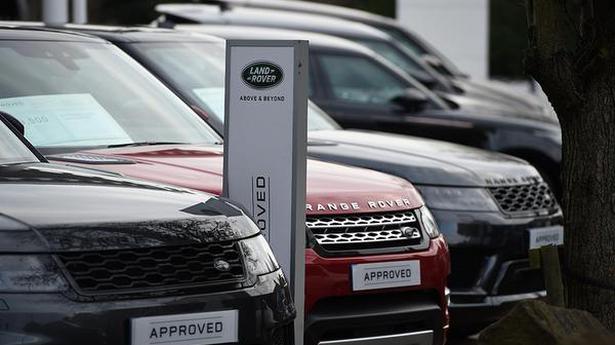 Rohit Suri, president and managing director at JLRIL, said that taxation being unreasonably high in the country, it ‘constricts and restricts’ market growth. Nowhere in the world was taxation this high. he said

Mr. Suri told The Hindu that “currently, the government is the top beneficiary of high-end car sales in the country with cars (sedans and SUVs) attracting 48% and 50% levy (Goods and Services Tax, in addition to compensation cess), respectively. Customs duty on completely built imported cars is more than 200%.”

Any decent reduction in taxation would have immediate positive impact on the price and create quick momentum in high-end car sales. This would help all stakeholders, including the government, he said. “Funnily, under the existing tax regime, the government earns much more from us selling the products.

“After making all investments in building cars and selling them, we earn 5- 10% while the government gets a lion’s share of revenue via GST,” Mr. Suri added.

According to Mr. Suri, the country has a large buyer segment ready for high-end machines, but only the government will be able to unlock this potential by rationalising taxation.

“Until such a time, the segment will not see any significant uptick,’’ he said

Annually, some 40,000 high-end cars (Jaguar/Land Rover, BMW, Mercedes, Audi, Volvo, Lexus and Porsche brands put together) are sold in India as against the country’s total passenger car sales of over 3.5 million in 2018.

“By now, India’s luxury car market should have had at least 4-5% market share, that’s the ratio we see in matured car markets,’’ he added.

“[The] government has been of the general perception that luxury cars are sin products,” said Mr. Suri. India has a sizable community of successful entrepreneurs.

“We are a capitalist economy and nobody can stop people’s growing aspirations for lifestyle products,’’ Mr. Surihe argued.

India is the second home market for Jaguar with Tata Motors being the owner of the U.K.-headquartered car company.

”We are a decade old in India with Tata Motors. We currently have a 15% market share in the high-end car sales and our aim is to double this share,’’Mr. Suri concluded.

The Reserve Bank of India has decided to increase the deposit withdrawal limit of PMC Bank to ₹10,000 from ₹1,000 earlier. Also read | PMC has enough liquidity, depositors’ money fully safe, claims suspended MD Earlier, the RBI had imposed restrictions on the lender, like bar on lending activities and cap on deposit withdrawal. On […]

‘Time to have separate deposit insurance for SB, FD accounts’

Amid the crisis in Punjab & Maharashtra Co-operative Bank (PMC Bank) that had created panic among a section of depositors, prompting the Reserve Bank of India (RBI) to assure the safety of the Indian banking system, a report by the State Bank of India (SBI) has called for a re-look at the deposit insurance scheme. […]

The government will not revise the fiscal deficit target immediately and is not planning any spending cuts at this stage, Finance Minister Nirmala Sitharaman said on Sunday. The government cut corporate tax rates on Friday in a surprise move designed to woo manufacturers, revive private investment and lift growth from a six-year low that has […]