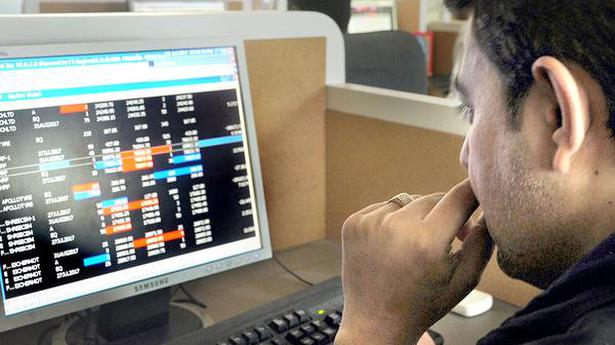 With volatility on the rise in stock markets amid approaching general elections, mid-cap and small-cap stocks, that remained largely subdued over the last few months, are once again in the limelight.

Analysts state that many mid-cap and small-cap stocks are currently available at attractive valuations post the significant correction, especially with earnings also showing signs of revival and divergence between large-caps and side counters at historic highs.

Incidentally, the current month has seen the BSE Midcap and BSE Smallcap indices outperforming the Sensex by a wide margin even as the year-to-date returns of the broader indices lag that of the benchmark.

In the BSE Smallcap index, stocks like Religare Enterprises, Manpasand Beverages, SML Isuzu, Dilip Buildcon, Hotel Leelaventure, Aban Offshore and Repco Home Finance have all gained between 30% and 40% in the current month till date.

Meanwhile, stocks like ICICI Securities, Whirlpool of India, L&T Finance Holdings, Steel Authority of India, National Aluminium Company and Union Bank of India in the BSE Midcap index gained between 12% and 15% during the same period.

“We believe the valuations are compelling at these levels for a revival in the performance of mid-caps, particularly the quality mid-caps which have also taken a substantial beating,” Elara Capital stated in a report released on Tuesday.

Further, in a report released in January, the brokerage had said that mid-caps are likely to significantly outperform large-caps in 2019 due to factors like valuation comfort and easing cost pressure following softer crude oil prices, leading to a push in margins and earnings growth.

The year 2018 saw the mid-cap and small-cap universe take a significant hit due to a combination of factors like expensive valuation, earnings downgrades, imposition of long-term capital gains tax and reclassification of mid-cap and small-cap funds by the Securities and Exchange Board of India.

In a recent report, Motilal Oswal Financial Services highlighted the fact that while the spread between large-cap and mid-cap returns in the past had peaked in the range of 15% to 20%, the spread typically shrunk after hitting such highs

Currently, this spread stands at 18%, according to the report by the domestic brokerage.

Banks not to make any dividend payment amid COVID-19 stress

Providing relaxation to lenders, the Reserve Bank of India on Friday said that banks shall be exempted from making dividend payment in the light of financial difficulties posed by COVID-19 pandemic. Making a slew of announcement to ease the pressure on financial sector, RBI Governor Shaktikanta Das said that the 90-day norm will not apply […]

India-EU trade cannot increase substantially until the Bilateral Trade and Investment Agreement (BTIA) between the European Union and India is negotiated, said Latvian Foreign Minister Edgars Rinkevics, expressing the hope that there will be movement on the BTIA when Prime Minister Narendra Modi visits Brussels in March this year. “We know that there are many […]

The Centre on Saturday said it has disbursed ₹50,850 crore to farmers so far under its landmark scheme PM-KISAN, enabling them to meet farm input cost and household expenses. The Agriculture Ministry shared the progress made under the scheme, ahead of its first anniversary on February 24. Also read | Govt. closely monitoring agriculture credit […]