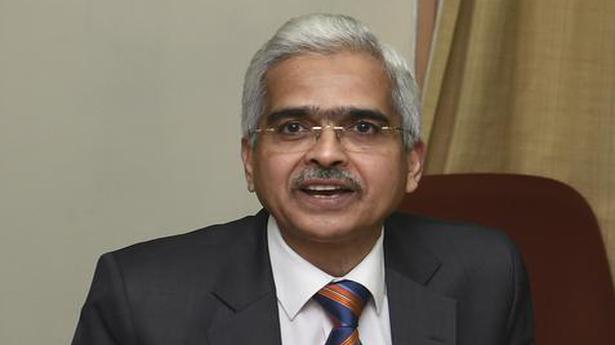 This includes challenging the conventional wisdom of modern central banks to hike or reduce their interest rates by 25 basis points or multiples thereof, Mr. Das said in a special address delivered on the sidelines of the annual Spring Meetings of the International Monetary Fund and World Bank.

Highly appreciated by the audience for his call for out-of-the-box thinking to address monetary policy challenges of the 21st century, Mr. Das said the unconventional monetary policies of advanced economies have resulted in “risks and spillovers” for the emerging markets.

In his speech titled ‘Global Risks and Policy Challenges facing Emerging Market Economies’, Mr. Das observed that the global financial crisis had exposed several limitations of conventional and unconventional monetary policy tools. In despair, some have turned to the heterodox evolution of ideas that are being practised as modern monetary theory, he noted.

In the end, monetary policy must touch the real economy, spur investments, and maintain monetary and financial stability, he asserted. The time has come to think out of the box, including by challenging the conventional wisdom, he told the packed auditorium.

Typically, modern central banks with interest rates as their main tool move in baby steps — 25 basis points or multiples thereof — and announce a stance of tightening, neutrality or accommodation to guide the markets and the public on the likely future course of policy, he said. “One thought that comes to my mind is that if the unit of 25 basis points is not sacrosanct and just a convention, monetary policy can be well served by calibrating the size of the policy rate to the dynamics of the situation and the size of the change itself can convey the stance of policy,” he said.

Wholesale price-based inflation slipped to 3.07% in April on cheaper fuel and manufactured items, even as prices of food articles remained high, according to an official data released on May 14. The Wholesale Price Index- (WPI-) based inflation was at 3.18% in March. It was 3.62% in April 2018. Inflation in food articles hardened with […]

Markets regulator SEBI on Monday said it has signed a pact with Kazakhstan’s Astana Financial Services Authority (AFSA) for mutual co-operation and technical assistance. The objective of the bilateral memorandum of understanding (MoU) is to strengthen cross border co-operation in the area of securities regulation, SEBI said in a press release. “This will facilitate mutual […]

Watch | All you need to know about Direct Tax Vivad se Vishwas Bill, 2020

Finance Minister Nirmala Sitharaman has introduced a Bill in Lok Sabha to resolve direct tax disputes. It is called the Direct Tax Vivad se Vishwas Bill, 2020. As on November 30, 2019, the aggregate amount of taxes under dispute is Rs. 9.32 lakh crore. The Bill offers a waiver of interest, penalty and prosecution for settlement of […]