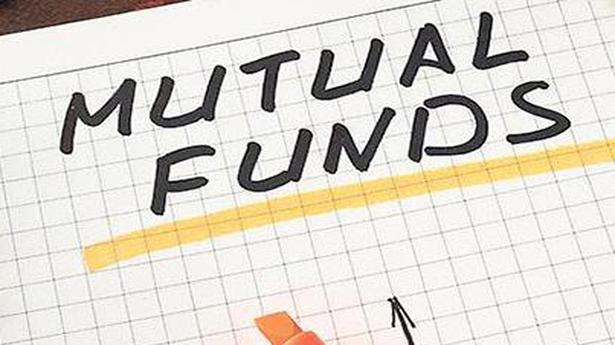 The redemption issues faced by fixed maturity plans (FMPs) of mutual funds due to their exposure towards Essel Group entities have only begun as there are nearly 80 FMP schemes with such exposure towards the corporate entity.

The cumulative amount at stake is about ₹1,400 crore with more than 40 schemes maturing later this year. More importantly, about 14 schemes, with an exposure of nearly ₹475 crore, will mature this month.

On Wednesday, Kotak Mahindra Mutual Fund said that it might not be able to fully redeem the investments in two series of its FMPs that matured on April 8 and 10. The fund house attributed it to the delay in recovering money invested in the non-convertible debentures (NCDs) of Edisons Utility Works and Konti Infrapower & Multiventures, both part of the Essel Group.

Meanwhile, HDFC mutual fund (MF) also announced the extension of one of its FMP schemes that was due for maturity on April 15, by 380 days.

While HDFC MF said the extension was done due to “current interest rate scenario and portfolio positioning”, data from Ace MF shows that the fund house has a total exposure of about ₹208 crore towards Essel Group entities — such as Sprit Infra Power & Multiventures, Edisons Infrapower & Multiventures, ARM Infra & Utilities and Asian Satellite Broadcast.

Meanwhile, data from Ace MF further shows that apart from Kotak MF and HDFC MF, fund houses such as Aditya Birla Mutual Fund, ICICI Prudential Mutual Fund and Reliance Nippon Mutual Fund also have an exposure in Essel Group through FMPs. In 2019, nearly ₹940 crore worth of such securities are slated to mature.

While the cumulative worth of all exposure towards Essel Group is about ₹1,400 crore, it accounts for less than 7% of the total corpus — more than ₹20,000 crore — of all such FMPs that hold securities of Essel Group.

Interestingly, data from Morningstar shows that the cumulative exposure of FMPs to securities from Essel Group was pegged at ₹1,673 crore with DHFL Pramerica also having such an exposure.

The roots of the matter go back to January when Zee Group companies saw a massive fall in their share prices — Zee Entertainment Enterprises and Dish TV India fell nearly 26% and 33%, respectively on January 25.

The NCDs are backed by the equity shares but fund houses, in a first, decided against selling the shares as is the normal practice and worked out a resolution plan with the Essel Group wherein no share would be sold till September.

‘No need to panic’

Industry players, however, say that while the fund houses chose not to sell the shares, any such panic sale at that juncture could have further pushed down the stock prices thereby adversely affecting the net asset value of the fund.

“Investors need to be patient. While there has been a delay in repayment of these bonds, the lenders have agreed to give the promoter time till September 2019 for a suitable resolution of the issue rather than resort to panic selling, which could be counterproductive,” said Kaustubh Belapurkar, director — Fund Research, Morningstar.

On Thursday, a statement issued by Essel Group reiterated that the business house was “focussed towards saving the loss of public money and arriving at the repayment resolution for each and every lender.”

“As per the arrangement with the lenders, a resolution for the repayment will be achieved by September 2019. Essel Group is confident of completing the repayment towards each and every lender,” it said, while adding that Kotak mutual fund was part of the consortium of lenders.

One of the key requirements for a $5-trillion economy is an investment of about ₹5 lakh crore in the power transmission sector over the next few years, in order to cater to the 1.8 lakh crore units of electricity that India is likely to consume by 2025, according to a White Paper released by the […]

A group of 108 economists and social scientists working around the world, have issued an appeal to convince the Indian government to stop suppressing uncomfortable data, restore access to public statistics and re-establish the independence and integrity of institutions. “For decades, India’s statistical machinery enjoyed a high level of reputation for the integrity of the […]

Is the Indian economy staring at stagflation?

The story so far: The rise in retail price inflation to a nearly six-year high of 7.35% in December has led to increasing worries that the Indian economy may be headed towards stagflation. The current rise in retail inflation has been attributed mainly to the rise in the prices of vegetables such as onions. Still, […]