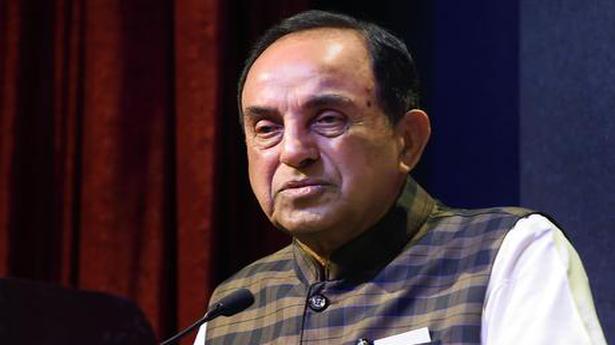 The economy needs to grow at 10% a year — and it can — for unemployment to be removed in 10 years, according to Member of Parliament Subramanian Swamy.

“What the country needs is 10% growth annually, which is within reach,” Dr. Swamy said, while speaking at the launch of his book ‘Reset: Regaining India’s Economic Legacy’. “We have the potential for it. We have a very high savings rate, but it is inefficiently used.”

Dr. Swamy went on to say that the high level of unemployment today could largely be put down to the policies implemented by former RBI Governor Raghuram Rajan during his term.

“Everybody thought Raghuram Rajan was highly qualified, but he was not an economist, he was a finance [person],” Dr. Swamy said, adding that even in economics, it was macroeconomics that was important to understand. “He [Rajan] said he would have to raise interest rates to control inflation.”

“But this raised the cost of capital and so companies on the borderline or brink collapsed,” Dr. Swamy added. “That’s the reason behind the high rate of unemployment we are seeing now.”

Dr. Swamy also said that Prime Minister Narendra Modi had surrounded himself with people who either did not know their subject matter, or did not have the courage to tell him the realities of the situation.

Centre should allow States to devise their own economic strategies: Arvind Mayaram

A consultative process could convert this tragedy into an opportunity for economic transformation, says Economic Advisor to Rajasthan Chief Minister. Source: thehindu.com Related

Global automotive technology supplier Valeo has set up a state-of-the-art R&D test lab facility at Navalur here. The facility has come up at an investment outlay of ₹250 million. The facility will further beef up the technical competence of R&D functions of Valeo. This will provide testing and prototype services to Valeo sites across the […]

Inflation in food articles during June stood at 2.04%, as against 1.13% in May. Source: thehindu.com Related