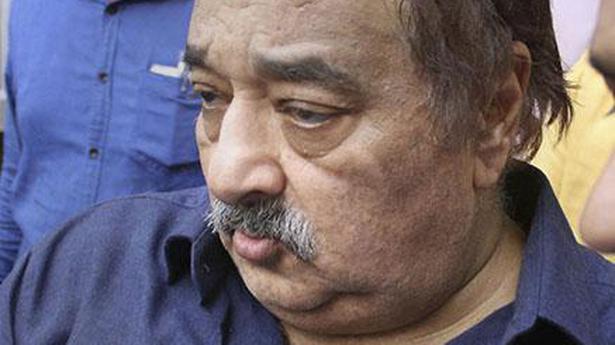 A Mumbai court on Wednesday extended till October 14 the police custody of a former chairman of the Punjab and Maharashtra Cooperative (PMC) Bank and two directors of HDIL, arrested in connection with the alleged ₹4,355 crore scam at the bank.

The Economic Offences Wing (EOW) of the Mumbai Police, which had arrested the trio, produced them before Additional Chief Metropolitan Magistrate S.G. Shaikh as their custody ended on Wednesday.

The police told the court that they need to interrogate the accused further in connection with the scam.

The court then extended their remand till October 14.

Meanwhile, a number of customers of the bank staged a protest against the bank officials outside the court.

The EOW had last week registered a case against the Wadhawans and the PMC Bank for allegedly causing losses to the tune of ₹4,355.43 crore to the bank.

Properties worth around ₹3,500 crore, belonging to HDIL, had also been frozen by the EOW during the probe.

Besides the trio, police have also arrested Joy Thomas, former managing director of the PMC Bank, in the case. He is presently in police custody till October 17.

The EOW had earlier told the court that the PMC Bank replaced 44 loan accounts of HDIL and its group companies, whose outstanding balance was significantly higher, with 21,049 fictitious loan accounts.

It is alleged that the bank’s board of directors and executives, including Joy Thomas, had “full knowledge” of this act.

Woman killed, 8 injured in Pakistan shelling along LoC in Jammu and Kashmir’s Poonch

A woman was killed and eight persons were injured on Tuesday when Pakistan army shelled forward posts and villages along the Line of Control (LoC) in Jammu and Kashmir’s Poonch district, officials said. The firing and shelling from across the border in Shahpur and Kirni sectors was retaliated by the Indian army, a defence spokesman […]

He conveys Odisha’s solidarity with the people of West Bengal Source: thehindu.com Related