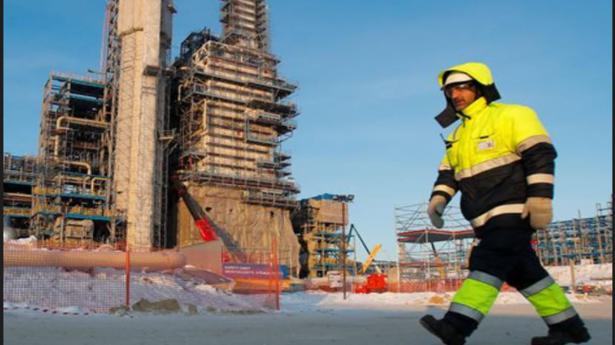 Chinese President Xi Jinping and his Russian counterpart Vladimir Putin on Monday remotely inaugurated the “Power of Siberia” gas pipeline — a massive cross-border undertaking not only central to China’s energy security but also for bolstering special ties between Beijing and Moscow. The 30-year project is anchored by a $400 billion gas deal.

From the Atamanskaya compressor station on the border with China, Alexi Miller, the head of the Russian gas giant Gazprom, which has played a leading role in conceiving and implementing the project, invited Mr. Putin and President Xi to the inaugural via a video link.

On receiving Mr. Putin’s permission, Mr. Miller said: “Dear Vladimir Vladimirovich, Dear Xi Jinping, the valve has been open. Gas is flowing to the gas transmission system of the People’s Republic of China.”

Russia has been a primary gas supplier to Europe, but the Power of Siberia is the first cross-border gas pipeline between Russia and China, adding a prominent eastern dimension to Moscow’s energy blueprint.

Under the contract, Russia will deliver 1 trillion cubic meters of natural gas to China over the next 30 years.

From Siberia to China’s Yangtze River delta in Shanghai, the massive pipeline will cover 8,000 km, with 5,111 km inside China, passing through nine provinces and municipalities.

Gas is being sourced from Chayandinskoye and Kovytka fields in eastern Siberia, and is then piped to Blagoveshchensk — the last town on the Russian side of the border. From there, it is tunneled under the Amur River, before entering Heihe on the Chinese side.

Analysts say that the brand new pipeline is an emblem of closer energy integration in Eurasia, with Russia and China as the key partners.

Budget 2020 | I appear conservative, but I want to be realistic, says Nirmala Sitharaman

A day after presenting her second budget, Finance Minister Nirmala Sitharaman, in an interaction with presspersons, said the government’s focus was on pulling the economy up from its present slowdown by investing in infrastructure and asset creation that will generate jobs. You said inflation is well-behaved and the economy’s fundamentals are robust, but have assumed […]

Having built a portfolio of 35 hotels in cities of religious significance and with more hotels in the pipeline, Tata Group’s Indian Hotel Company Ltd. (IHCL), which runs Taj hotels, among other brands, has identified spiritual tourism as a thrust area to grow its business. Since spiritual tourism in India accounts for 60% of the […]