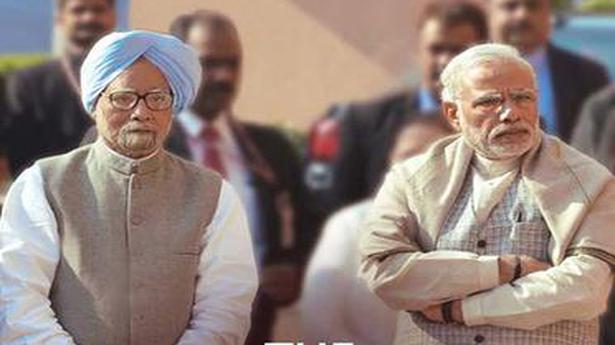 During the first four years of UPA-1, from 2004-05 to 2007-08, P. Chidambaram had pared down the fiscal deficit, simultaneously raising the direct tax-GDP ratio. The improvement in government finances led to a rise in the economy’s savings and investment rates. The fiscal correction had helped greatly in creating conditions conducive for high growth, seen in the pre-global financial crisis years. After the crisis, a stimulus to stave off a growth collapse could be crafted out of the fiscal space created by Chidambaram.

Manmohan Singh, before repairing for his bypass surgery, had overseen the preparation and announcement of two tranches of the stimulus. Announcing the second, Ahluwalia had made it clear that it was going to be the last such injection of stimulus into the economy that financial year. And yet, barely weeks later, Pranab Mukherjee announced a third tranche of fiscal giveaways on 25 February 2009. This announcement could have been made as part of the Interim Budget he presented on 16 February, but it was not. The Interim Budget had been prepared under Chidambaram’s supervision and was approved by the cabinet.

Mukherjee did not obtain cabinet approval for his stimulus package that ended up hurting rather than accelerating the economic recovery.

Taken outside the regular schedule of a budget, at a time when the prime minister was indisposed, this was an unusual and clearly an unwise decision. It involved a huge sum of money, and its impact, whether negative or positive, on the economy was certainly going to be tremendous. If he did take on board the views of the prime minister, whether Singh was in a position at all at that point to give advice is difficult to say.

Singh, recuperating still, held his first official engagement post-surgery ten days after Mukherjee announced the third stimulus package. The future course of events would demonstrate that the finance minister rarely heeded the prime minister’s advice on matters of economic policy. As Mukherjee writes in his memoirs, The Coalition Years, ‘I and Manmohan Singh held differing views on economic issues.’

Mukherjee’s package came ahead of the Election Commission’s pronouncement of the dates for the general elections. The announcement, made on 2 March 2009, activated the model code of conduct, which would have disallowed fiscal giveaways. Mukherjee extended the previously announced excise cuts, which would have expired on 31 March 2009. States were allowed to exceed their fiscal deficit targets.

‘The ideal approach would have been to sit back and watch the paint dry on the previous two fiscal stimulus packages announced. But Mukherjee could not resist the temptation to cut excise duties and service tax rates to put money in people’s hands — something that the industrial lobbies had been asking for, completely unmindful of how, in the medium run, the macroeconomic consequences of these sops would hurt business.

Over the next three years, Mukherjee, the dirigiste finance minister, hiked allocations for social-sector spends, ignoring the revenue position, the expanding fiscal deficit and the economy’s capacity for absorbing the fund releases productively. The budget for 2008–09 presented in February 2008, months ahead of Lehman’s collapse, had projected a fiscal deficit of 2.5 per cent and a revenue deficit of 1 per cent. A year later, presenting the Interim Budget in February 2009, Mukherjee told a shocked Lok Sabha that the fiscal deficit had ballooned to 6 per cent of GDP and the revenue deficit had widened to 4.4 per cent. The actuals came out later in line with these projections.

The fiscal stimulus overdose, Chidambaram conceded in 2013, overheated the economy and stoked inflation. The effects played out over time. In the next couple of years the country’s macroeconomic stability diminished and the government’s unpopularity with voters shot up. The decision to administer the stimulus had been an economic one. To keep it going was a purely political one. 2009 was an election year. There may have been pressure on Mukherjee from Sonia Gandhi or the Congress party for pre-election fiscal goodies. Mukherjee, though, takes full ownership of the decisions in his memoir.

(Excerpted from the book The Lost Decade 2008-18 by Puja Mehra, published by Penguin Random House India)

The story so far: The Reserve Bank of India (RBI) lowered the repo rate to 5.75% in the Monetary Policy Review in June. This was a level last seen nine years ago. Despite three rate cuts aggregating to 75 basis points in this cycle beginning February, economic growth has failed to pick up and, in […]

The reduction in corporate tax rate announced by Finance Minister Nirmala Sitharaman was a bold move and augurs well for the economy, Reserve Bank of India Governor Shaktikanta Das said. “These are definitely bold and welcome measures. It will augur extremely well and will be highly positive for the economy,” Mr. Das said at an […]

Up is down, down is up

Few of us think about interest rates and yields on investment except when we take out a loan or invest our savings. But unbeknownst to us, interest rates are the bricks out of which much of our economic infrastructure and intuitions are built. Perhaps knowing its centrality, and the ease with which it can impoverish […]