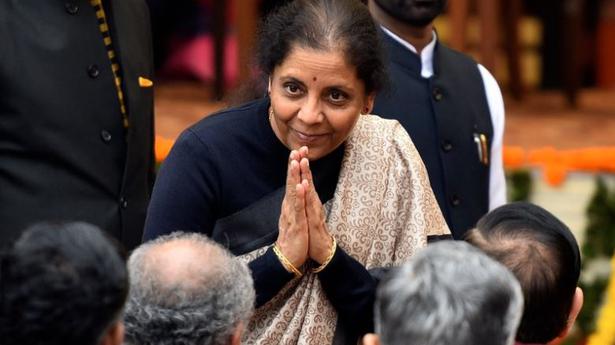 India’s aspiration to become a $5 trillion economy depends critically on promoting “pro-business” policy that unleashes the power of competitive markets to generate wealth on the one hand, and weaning away from “pro-crony” policy that may favour specific private interests, especially powerful incumbents, on the other, according to the Economic Survey2019-20 tabled by Union Finance Minister Nirmala Sitharaman in Parliament on Friday.

The Survey said that economic events since 1991 provide powerful evidence supporting this crucial distinction. “The creative destruction has increased significantly after reform. The liberalization of the Indian economy in 1991 unleashed competitive markets and enabled the forces of creative destruction, generating benefits that we still witness today. Creative destruction brings new innovations in the market that serve people better than the old technologies they displace.”

“The strengthening the invisible hand of markets with pro-business policies and minimum government intervention would go a long way to build confidence of the policy makers, investors and the consumers,” said Dr. D K Aggarwal, president, PHD Chamber of Commerce and Industry.

The Survey said that wilful default, if unchecked, would increase the cost of borrowing for everyone else, including genuine businesses with profitable investment opportunities before them. Adverse selection may force genuine borrowers to exist the market altogether, leaving only cronies in the market and resulting in a market failure that slows economic growth, employment and wealth creation capacity.

“The tone of the Survey aligns well with the government’s pro-market, pro-entrepreneurship and wealth-creation stance. We expect the FM to adhere to these principles and deliver a strong and credible budget tomorrow,” said Ms. Anagha Deodhar, Economist, ICICI Securities .

Before liberalisation, a Sensex firm expected to stay in it for 60 years, which decreased to only 12 years after liberalisation. Every five years, one-third of Sensex firms are churned out, reflecting the continuous influx of new firms, products and technologies into the economy.

“The argument in favour of pro-business policies, the need for aggressive divestment of CPSEs, concerns on the injurious effects of freebies and debt waivers are all pro-market views that are to be welcomed. The survey leaves little room for doubt about economic thinking. The big question is whether the budget too will reflect the same thinking.” said, Dr. V.K. Vijayakumar, Chief Investment Strategist at Geojit Financial Services.

An SBI research report on Tuesday sharply cut the country’s GDP growth forecast to 5% for FY 2019-20 from the earlier projection of 6%. The second quarter GDP growth rate is likely to slip to 4.2% on account of low automobile sales, deceleration in air traffic movements, flattening of core sector growth and declining investment […]

The coronavirus (COVID-19) lockdown has massively disrupted India’s supply chain, Niti Aayog CEO Amitabh Kant said on Saturday. Speaking at a virtual session on ‘COVID-19 & The Future of Work’, Mr. Kant further said the pandemic has created a unique challenge, which is complex and unpredictable. “We are passing through a very turbulent time. Our […]