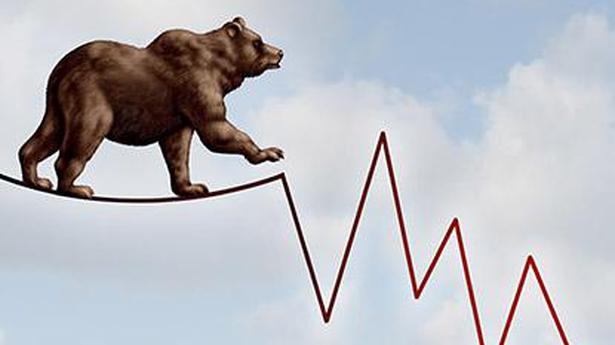 Equity benchmark indices touched new record highs on Tuesday before investors booked profit, thereby leading to the benchmarks ending the day in the red even as market participants expect further upside if the election results are in line with the exit polls.

The 30-share Sensex touched a new high of 39,571.73 — 219 points higher than Monday’s close — during the first hour of the trading session on Tuesday before profit booking in key index constituents saw the index lose ground as the session progressed.

Shares of Tata Motors lost more than 7% — the highest among Sensex constituents — after the company reported weak numbers on Monday amid a subdued outlook for Jaguar Land Rover (JLR).

Interestingly, the India VIX index, which is looked upon as a barometer of near-term volatility, rose more than 8% on Tuesday.

“Markets corrected the most in over a week after the hefty rally seen on Monday as investors booked profit after a record rally on the previous day, said Deepak Jasani, head — retail research, HDFC Securities, while adding that the underlying trend still remained strong.

Profit booking was visible across the market with more than 1,600 stocks losing ground on the BSE, as against only 960 gainers.

Most of the sectoral and broader indices on the BSE ended in the red on Tuesday.

Meanwhile, foreign investors who were quite bullish on Indian equities in the previous two months, have remained largely subdued with net selling of more than ₹4,300 crore in the current month.

Future revenues are the most critical issue for the 15th Finance Commission, chairperson N.K. Singh said on Monday, adding that revenues from the Goods and Services Tax are the ‘elephant in the room’. He also hinted at the need to consider an incentive structure for States in order to encourage increased tax collections. Mr. Singh […]

Going abroad for studies? Here’s why you must buy student travel insurance

There was a time when only a few students could make their way to international universities for higher studies. However, this has changed drastically in the last few years with a significant increase in the number of Indian students enrolled in foreign universities. As per a recent Reserve Bank of India (RBI) report, the total […]

Following the hardships faced by customers in opening bank accounts, the government will review the norms for the same. Top bankers highlighted the problem at a meeting with Finance Ministry officials last week. They said the officials were open to reviewing the issue after they were briefed about the problems. The rules mandate proof of […]