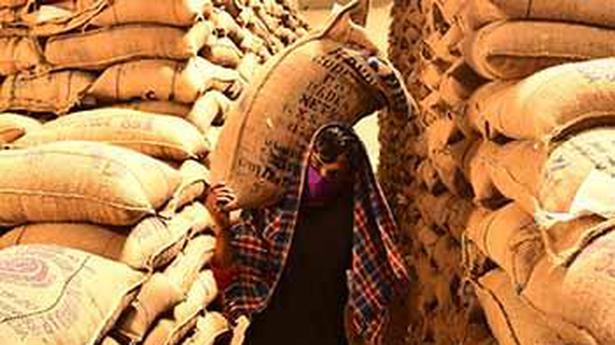 Starting January 2021, 92% of taxpayers under the Goods and Services Tax regime with an annual turnover of up to ₹5 crore can opt to file their returns once a quarter instead of the present monthly system, Department of Revenue officials said on Monday.

As many as 94 lakh registered GST taxpayers can opt in for the new Quarterly filing of Return with Monthly Payment (QRMP) Scheme, under which GSTR-3B returns can be filed just once a quarter.

“The small taxpayer, from January onward, would need to file only 8 returns (4 GSTR-3B and 4 GSTR-1 returns) instead of 16 returns at present in a financial year,” an official said, adding that taxpayers can join the scheme through the GST, with a facility to opt out or opt in again in the future, if one so wishes.

The scheme, the official pointed out, was approved in-principle by the GST Council at its meeting on October 5 this year, with a view to provide flexibility to small and medium enterprises in GST compliance norms.

While the move is expected to ease the compliance burden on indirect taxes for businesses, the Centre is also hoping to plug leakages and frauds by tightening the grant of input tax credits.

“We are also introducing the concept of providing input tax credit only on reported invoices, which could significantly curb the menace of fake invoice frauds,” the official said.

As part of an ongoing nationwide drive against fake invoice frauds, the GST intelligence wing and the CGST Commissionerates have arrested 114 unscrupulous persons besides booking 1230 cases against 3,778 fake GSTIN entities.

Data: How high onion costs affect a household in the country

On Monday, December 9 2019, the average retail prices of onion in Vijayawada touched Rs 250 per kilogram, the highest among metros. Given that an urban household on average spent Rs 178 per month to buy vegetables, many households may be forced to omit onions as a part of their diet. Copious tears The average […]

Retail inflation rises to 6.93% in July

It is for the second consecutive month that the retail inflation has been above the RBI’s comfort level Source: thehindu.com Related