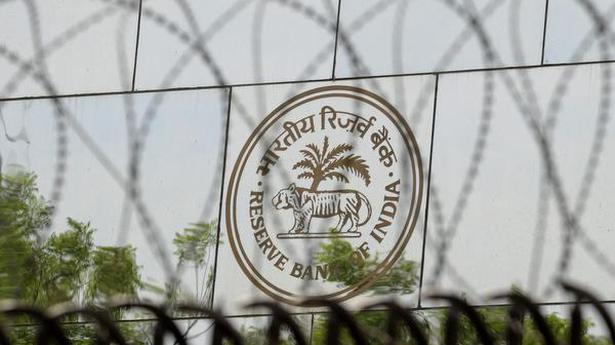 The monetary policy committee of the Reserve Bank of India (RBI) for the second consecutive time cut the benchmark lending rate by 25 basis points to 6% on Thursday. It cited concerns over growth as it lowered the GDP forecast to 7.2% for the current financial year from 7.4% projected in the February policy.

The central bank said the output gap remained negative and the domestic economy was facing headwinds, especially on the global front. (Output gap refers to the difference between the actual output of the economy and its maximum potential.) “The need is to strengthen domestic growth impulses by spurring private investment that has remained sluggish,” it said.

Four members of the committee voted for a rate cut, while RBI Deputy Governor Viral Acharya and Chetan Ghate voted for status quo.

The committee maintained the neutral policy stance, which means interest rates can move in either direction. “With the inflation outlook remaining benign, the RBI will address the challenges to sustained growth of the economy while ensuring price stability on an enduring basis,” Governor Shaktikanta Das said.

The RBI lowered its inflation forecast to 2.9%-3% from 3.2%-3.4% for the first half of the current financial year and 3.5-3.8% in the second half, assuming a normal monsoon. “Domestic GDP growth is also estimated to slow in 2018-19, with high frequency indicators suggesting slackening of urban and rural demand as well as investment activity,” he said.

Bond traders, however, were not impressed with the 25 bps rate cut as they were expecting a higher quantum to address growth headwinds and deficit liquidity. The yield on the 10 year benchmark bond hardened from 7.27% to 7.35%.

“Markets were perhaps anticipating a relatively high degree of dovishness from the policy statement which hasn’t materialised,” HDFC Bank said in a note to its clients.

Economists said there is still scope for further rate reduction. “We expect another rate cut, with June as our base case. An argument for the cut to be delayed to August is equally strong if the RBI sees reason in factoring in the full-year budget due in July and awaits a clearer picture on monsoon developments,” said Radhika Rao, Economist, DBS Bank.

The Governor expressed concern over monetary transmission, while noting banks have only reduced lending rate by 10 bps after RBI reduced the policy rate by 25 bps in February. “More needs to be done.”

The State Bank of India, the country’s largest lender, said the marginal cost of fund-based lending rate (MCLR), which is the benchmark rate, can go down by 7-10 bps. “We have already announced a framework that we will link some products with the policy rate. So that transmission will happen through the linking that we have already announced,” P.K. Gupta, managing director, SBI told The Hindu.

“As we said whereever there is direct linking (with repo rate) the full pass through will happen. And wherever the linking is through MCLR, we believe 7-10 bps MCLR will go down. Our ALCO (asset-liability committee) will meet and take a call,” Mr. Gupta said.

* This is second back-to-back rate cut

A decline in market volatility, rate cut by the Reserve Bank of India (RBI) and an overall re-rating of the equity markets, especially that of the financial sector stocks, appear to be the key themes of market participants post the election results that saw the BJP-led NDA getting a huge majority. While many brokerages have […]

Data: How high onion costs affect a household in the country

On Monday, December 9 2019, the average retail prices of onion in Vijayawada touched Rs 250 per kilogram, the highest among metros. Given that an urban household on average spent Rs 178 per month to buy vegetables, many households may be forced to omit onions as a part of their diet. Copious tears The average […]