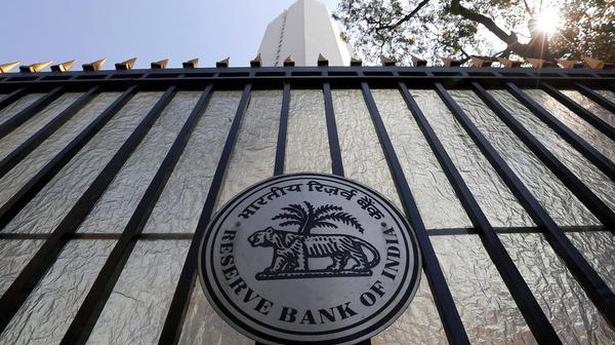 There is considerable optimism on successes in vaccine trials,” the MPC said in its statement

The Monetary Policy Committee (MPC) of the Reserve Bank of India (RBI) on Friday left benchmark interest rates unchanged and maintained an ‘accommodative’ policy stance as it prioritised support for the economy’s recovery over ‘sticky’ inflation amid the COVID-19 pandemic.

The MPC kept the RBI’s key lending rate, the repo rate, steady at 4%.

The central bank has slashed the repo rate by 115 basis points (bps) since late March to cushion the economy from the fallout of the COVID-19 crisis including the sweeping lockdowns to check the spread of the novel coronavirus.

The RBI also brightened its outlook for the economy, projecting that the GDP contraction would narrow to 7.5% for the financial year ending in March 2021, a full 2 percentage points shallower than the 9.5% it had forecast in October. Citing the improvement in activity in the second quarter, it projected GDP would return to growth of 0.1% in Q3, and expand 0.7% in Q4. Observing that risks to its estimates were “broadly balanced”, the RBI projected that growth would rebound in the first half of 2021-22 to between (+)21.9% to (+)6.5%.

“There is considerable optimism on successes in vaccine trials,” the MPC said in its statement. “Consumers remain optimistic about the outlook, and business sentiment of manufacturing firms is gradually improving,” it added.

Governor Shaktikanta Das, while announcing the policy, however, reiterated that inflation still remains a concern for policymakers. “Cost-push pressures continue to impinge on core inflation, which has remained sticky and could firm up as economic activity normalises and demand picks up,” he said. Mr. Das projected retail inflation to average 6.8% in Q3, before moderating to 5.8% in Q4 and 5.2% to 4.6% in the first half of the next fiscal year, with risks broadly balanced.

With the MPC convinced that inflation would remain elevated, “barring transient relief in the winter months from prices of perishables”, the rate-setting panel said it found itself in a bind.

Stating that supply-side bottlenecks had fuelled inflation and large margins were being charged to the consumer, Mr. Das said, “This constrains monetary policy at the current juncture from using the space available to act in support of growth. At the same time, the signs of recovery are far from being broad-based and are dependent on sustained policy support.”

Asserting that the RBI would monitor all threats to price stability closely so as to anchor broader macroeconomic and financial stability, he said the MPC had decided to continue with the accommodative stance as long as necessary — at least during the current financial year and into the next financial year — to revive growth on a durable basis and mitigate the impact of COVID-19 on the economy, while ensuring that inflation remained within the mandated target.

The RBI also announced a raft of liquidity management measures and steps to improve regulatory oversight of the financial system.

Why has the U.S. accused China of deliberately weakening the yuan?

The story so far: On Monday, the United States designated China as a “currency manipulator”. The move came immediately after the People’s Bank of China (PBoC), the Chinese central bank, let the yuan weaken past the psychologically significant CNY7 (CNY or the yuan is the basic unit of the renminbi, China’s official currency) to the […]

All India prices of cement remained steady at ₹334 per bag during March despite increases in southern and eastern regions, according to a report by Kotak Institutional Equities. South and eastern regions witnessed a price hike of ₹5 per bag while prices declined by ₹1-11 per bag in north, central and west. Since January, cement […]