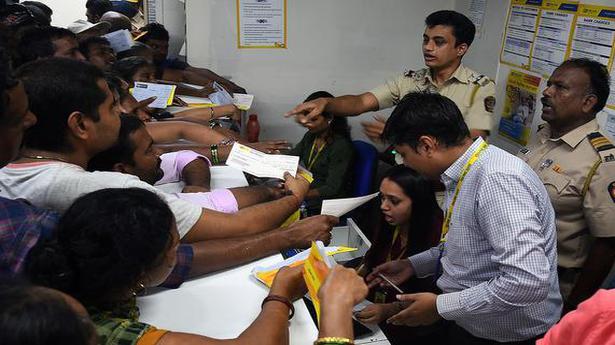 The Reserve Bank of India has decided to increase the deposit withdrawal limit of PMC Bank to ₹10,000 from ₹1,000 earlier.

Earlier, the RBI had imposed restrictions on the lender, like bar on lending activities and cap on deposit withdrawal. On Tuesday, RBI said there were irregularities due to which the restrictions had to be imposed.

“The Directions were necessitated on account of major financial irregularities, failure of internal control and systems of the bank and wrong/under-reporting of its exposures under various Off-site Surveillance reports to RBI that came to the Reserve Bank’s notice recently,”” the RBI said adding the board of the bank has been superceded and an administrator has been appointed.

She said there could be various models to achieve minimum four PSUs in case of those falling under the strategic sector. Source: thehindu.com Related

Budget work to start on October 14