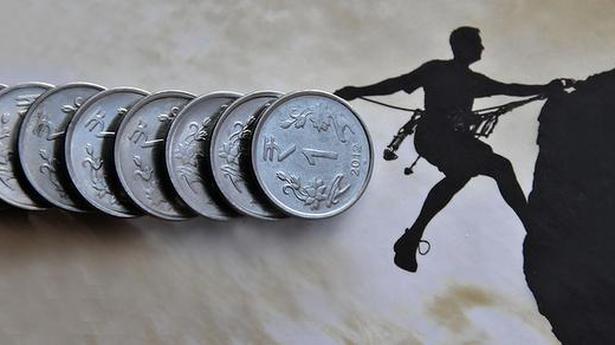 The Reserve Bank of India (RBI) has decided to inject rupee liquidity into the system through long-term foreign exchange buy/sell swap — a first-of-its-kind instrument used for liquidity management.

The RBI would conduct dollar-rupee buy/sell swap auction of $5 billion for a three-year tenor on March 26. “In order to meet the durable liquidity needs of the system, the Reserve Bank has decided to augment its liquidity management toolkit and inject rupee liquidity for longer duration through long-term foreign exchange buy/sell swap,” the central bank said in a statement on Wednesday. “The U.S. dollar amount mobilised through this auction would also reflect in RBI’s foreign exchange reserves for the tenor of the swap while also reflecting in RBI’s forward liabilities,” it added.

According to bankers, the move is seen to lower the dependence on open market operations which have been a significant amount of the overall borrowing. “Higher OMOs can distort the rates curve,” said a banker. The move would boost RBI’s foreign exchange reserves which were at $401.7 billion for the week ended March 1.

Market participants would be required to place their bids in terms of the premium that they were willing to pay to the RBI for the tenor of the swap. RBI said the auction cut-off would be based on the premium and the auction would be a multiple-price based auction.

RBI also has raised the trade credit limit under the automatic route to $150 million for oil/gas refining and marketing, airline and shipping firms. For others, the limit is set at $50 million or equivalent per import transaction.

At the same time, the revised framework has reduced the all-inclusive cost (all-in-cost) for overseas loans to benchmark rate plus 250 basis points from the earlier 350 bps.

India’s aspiration to become a $5 trillion economy depends critically on promoting “pro-business” policy that unleashes the power of competitive markets to generate wealth on the one hand, and weaning away from “pro-crony” policy that may favour specific private interests, especially powerful incumbents, on the other, according to the Economic Survey2019-20 tabled by Union Finance […]

The tax officials are facing a taxing issue. The Narendra Modi government wants them to collect 17% more in direct taxes this year as it seeks to shore up revenues amid a sharp economic slowdown. The target has been maintained even though Mr. Modi recently approved a massive cut in corporate taxes, which are part […]