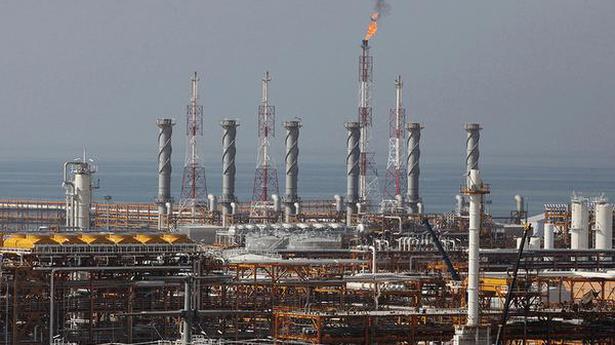 India has a “robust plan” to import oil from other countries, the Ministry of External Affairs said, even as the deadline for the U.S. sanction waiver for oil imports from Iran expired on Thursday without an extension from the U.S.

Last year, the U.S. re-imposed sanctions on Iran, prohibiting countries from importing oil from it, but waived these sanctions for eight countries, including India. That waiver has now expired and the U.S. announced last month that it would not be extending it.

The U.S. refused to change its stance despite a last-minute call by External Affairs Minister Sushma Swaraj to U.S. Secretary of State Mike Pompeo on Saturday.

“Whatever decisions we take will be a combination of a number of factors [including] commercial negotiations and keeping our legitimate security interests and economic interests in mind,” Ministry of External Affairs (MEA) spokesperson Raveesh Kumar said.

“We continue to engage with the U.S. on this matter. But a decision has been taken by them and accordingly we have responded.”

“We have a robust plan in place to import oil from other countries,” Mr. Kumar added. “This is a decision that will be taken in a considered manner.” Indian oil companies, meanwhile, have stopped placing orders for Iranian oil.

“The oil companies do not take a decision on this, that is taken by the government,” a spokesperson for the Indian Oil Corporation said. “The official position is what was stated by the MEA. But we have not placed any further orders with Iran.”

Prior to the sanctions and the subsequent reduction in the quantity of oil imported from Iran, Iran accounted for about 10% of India’s oil requirements.

Following the hardships faced by customers in opening bank accounts, the government will review the norms for the same. Top bankers highlighted the problem at a meeting with Finance Ministry officials last week. They said the officials were open to reviewing the issue after they were briefed about the problems. The rules mandate proof of […]

An economic package to deal with COVID-19 situation will be announced soon, Finance Minister Nirmala Sitharaman promised on Tuesday afternoon, adding that the government and regulators are constantly monitoring the state of the economy, markets and rupee depreciation. However, she still offered little clarity on the composition of an economic task force announced by the […]