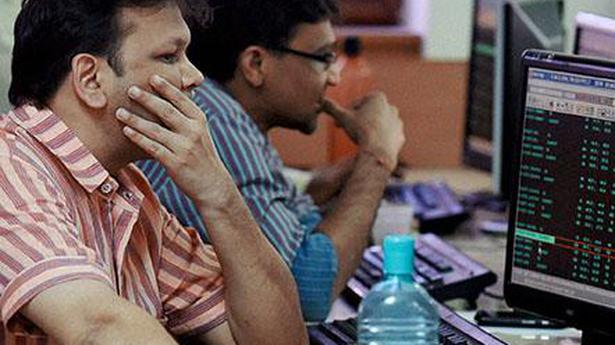 The last hour of the trading session saw the Indian benchmark indices lose ground on Tuesday as weak global cues and the recent rally in the markets saw investors squaring off positions in index heavyweights.

Incidentally, the benchmark traded in a range of nearly 600 points during the day before closing near the day’s low of 38,236.18. The broader Nifty ended the day at 11,497.90, down 100.35 points, or 0.87%. This was also the fifth consecutive day of losses for both the benchmarks. “Weak global cues and a correction to a sharp rally over the last six weeks saw markets tumbling in the last hour,” said Arun Kejrwial of Kejriwal Research & Investment Services.

Incidentally, sentiment also took a beating on the back of Essar Steel again challenging the bid of ArcelorMittal.

“With Essar Steel once again questioning the validity of the bid of ArcelorMittal, it has raised concerns of a delay in the recovery of money by the banks.

“This led to most banking stocks losing ground in the last leg of the trading session,” Abhimanyu Sofat, head of research, IIFL Securities, said.

The Nifty Bank index lost 1.12% as banking majors such as like ICICI Bank and State Bank of India, Yes Bank, Indusind Bank and Kotak Mahindra Bank all ended the day in the red. The overall bearish sentiment was further corroborated by the weak market breadth with almost nearly 1,700 stocks declining , which was — nearly double the number of gainers at 851.

The markets had been witnessing an inherent weakness in the recent past that got accentuated after the escalation of trade war between the U.S. and China.

On Tuesday, some of the Asian markets managed to regain ground, even as the overnight U.S. markets traded in the red.

Reserve Bank Governor Shaktikanta Das on Friday said the banking system is sound and stable, and one incident at a cooperative bank should be used to generalise the health of the entire financial system. On September 23, the RBI had put restrictions on Punjab & Maharashtra Cooperative (PMC) Bank after it had found out financial […]

Jack Welch, who grew General Electric Co during the 1980s and 1990s into the most valuable public company in the United States, has died at age of 84, the conglomerate said on Monday. Welch – known as “Neutron Jack” for cutting thousands of jobs – bought and sold scores of businesses, expanding the industrial giant […]

The government pledged a ₹20 lakh crore (nearly 10 per cent of GDP) package to support the economy headed for its first full-year contraction. Source: thehindu.com Related