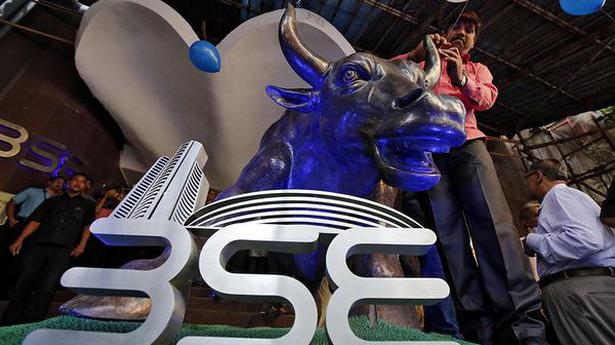 A day after the poll results, bulls were back in action with the benchmark indices registering strong gains to close at record levels amidst an across the board rally.

The upbeat investor sentiment was further corroborated by the strong market breadth that saw more than 1,800 stocks gain ground on the BSE, as against 699 declines. Incidentally, the broader indices such as BSE Smallcap and BSE Midcap outperformed the benchmark by gaining more than 2% each.

Deepak Jasani, Head – Retail Research, HDFC Securities, said that the equity indices closed at record levels on Friday as the strong mandate for the BJP-led NDA government was interpreted positively by market participants, who believe that economic reforms would be decisively implemented.

Interestingly, while most of the banking majors were among the top gainers in the benchmark indices, the BSE Bankex closed above the 35,000-mark for the first time ever at a new high of 35,199, up 938 points.

The last few trading sessions have also seen a mixed trend from foreign investors, who were mostly sellers in the earlier part of the current month. As per provisional data, foreign portfolio investors (FPIs) were net buyers at ₹2,026 crore on Friday.

In the current month, however, FPIs are net sellers at ₹2,048 crore though the net quantum of sale has been on the decline given the buying activity of overseas investors.

GDP growth slowed for the third consecutive quarter in the October-December 2018 period, according to data released on Thursday. Growth fell to 6.6% in the third quarter, the lowest in the last six quarters. The slowdown was led by agriculture, which is estimated to grow at 2.7%, against the earlier estimate of 3.8%. Data showed […]

On the tax path less trodden

Earlier this month, I watched a video of Idina Menzel take the stage at the Oscars to sing “Into the Unknown” — the song from Frozen 2. Little over a week before the Oscars, when the Finance Minister announced two tax regimes, one with tax exemptions and the other without, there were many questions asked […]