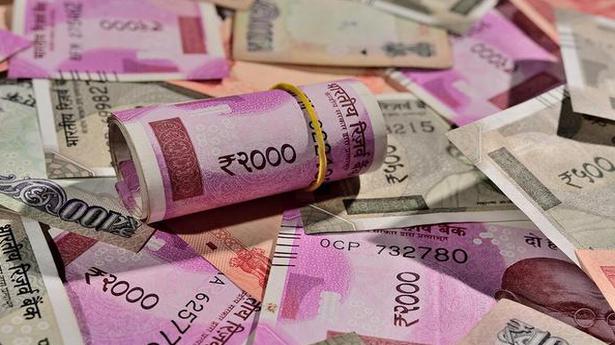 This will have their economic output shrinking by at least 2-4% this fiscal year, Crisil said in the report on Tuesday.

The pandemic-hit states are staring at a record 36% jump in their indebtedness to ₹68 lakh crore, which will be a decadal high this fiscal year as their revenue is seen plunging 15%, according to a report.

This will have their economic output shrinking by at least 2-4% this fiscal year, CRISIL said in the report on Tuesday.

This is mainly attributable to the falling goods and services tax (GST) collections and sticky revenue expenditure of the states that has gone up massively after the lockdowns, which began in late-March, the report said.

The report is based on the state of finances of the top-18 states, including Goa and excluding Delhi, which account for 90% of the aggregate gross state domestic product (GSDP).

The indebtedness of the states is going to hit a decadal high this fiscal year, rising at least by a hefty 36% or ₹10 lakh crore to ₹68 lakh crore by the end of this financial year, CRISIL said in the report.

States’ overall revenue is estimated to decline by almost 15% on-year this fiscal in line with a shrinking economy, it added.

The rating agency also said all the revenue sources of the states will take a hit, with almost 65% of the decline attributable to a fall in state GST collections, and GST compensation payments and tax devolutions to the states from the Centre’s own tax pool. They together form nearly 50% of states’ revenue receipts, it added.

CRISIL Director Ankit Hakhu said the overall debt of the states, including guarantees and loans provided by the Centre to partly compensate for the GST shortfall, will increase sharply by ₹10 lakh crore this year to ₹68 lakh crore by the end of this financial year. This will expand the states’ indebtedness to at least 36%, which is an expansion of 600 bps on-year.

The math assumes a likely shrinkage of 2-4% in states’ nominal GDP this year. This will remain sensitive to containment of pandemic and states’ policies towards unlocking the economy, he added.

Manish Gupta, a senior director at the agency, said that amid falling revenue receipts, the states’ revenue expenditure would remain largely sticky due to high committed expenditures towards salaries, pensions and interest costs, and essential developmental expenditures.

These cumulatively contribute to 75-80% of the total revenue expenditure of the states and will be difficult to cut down, he said.

Given the stretched revenue accounts, the states may moderate their capital expenditures by around 30%, largely to remain within fiscal borrowing limits, Mr. Gupta added.

But, despite this capital expenditure moderation, the states’ gross fiscal deficit is likely to expand by around 65% year-on-year this year, substantially increasing their borrowing needs.

However, the report expects a substantial recovery in revenue mop-up to the pre-pandemic levels next fiscal, supported by the ongoing economic revival but any delay in this will result in continuing elevated indebtedness and will be credit-negative.

The Reserve Bank of India (RBI) has announced more measures to fight economic disruptions caused by COVID-19, including extension of the realisation period of export proceeds and allowing States to borrow more. “Presently, the value of the goods or software exports made by exporters is required to be realised fully and repatriated to the country […]

The Goods and Services Tax (GST) collection in October declined to ₹ 95,380 crore, as against ₹ 1,00,710 crore in the same month a year ago, as per government data released on Friday. This is the third consecutive month when GST mop-up remained below the ₹ 1 lakh crore mark, despite October being a festive […]

The Reserve Bank of India will, in the next two months, release the guidelines for the creation of a ‘regulatory sandbox’ for the fintech sector, RBI Governor Shaktikanta Das said on Monday. A regulatory sandbox is a controlled mechanism within which the sector will be able to experiment with solutions in a closely-monitored ecosystem so […]