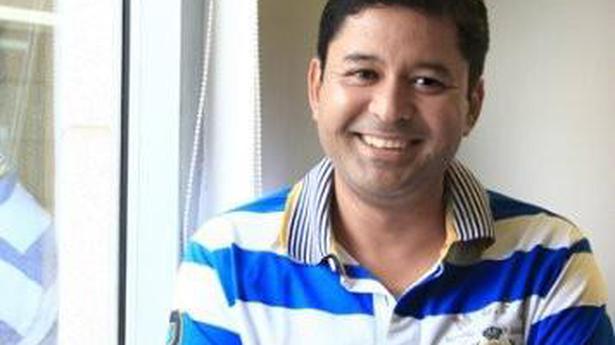 With Holi being the first ‘smart weekend holiday’ of the year, travel agencies have see an increase of up to 50% in travel enquiries this year with travellers eyeing not only domestic destinations such as Mathura and Vrindavan, but also pocket- friendly and easy-visa regime international destinations such as Thailand, Dubai and Bhutan.

Mr. Kale added that extending the weekend by taking a day off from work was giving rise to an interesting concept of ‘smart weekend holidays’, providing a distinctive boost to travel demand.

The travel agency said this festival tourism had been a “boon” for the company with its domestic travel business seeing an increase of 12% in demand.

It added that Indians were showing significant interest in the celebrations at Vrindavan’s famous Banke-Bihari temple and Gulal Kund’s re-enactment of Holi by local Krishna-leela drama troupes. Yatra.com said it had witnessed a 57% increase in booking enquires compared to last year as more and more people planned short trips during the long weekend of Holi.

“The festival’s grandeur and enthusiasm is different across cities, and apart from queries about travel to cities such as Vrindavan, Rishikesh and Mathura, we have also received enquiries for offbeat locations such as Manipur, Karnataka, Shantiniketan, Anandpur Sahib where they will witness a mixture of different cultures and traditions,” Sharat Dhall, COO (B2C), Yatra.com, said.

Mr. Dhall added that some travellers were also looking at international destinations such as Bhutan, Thailand, Sri Lanka and Nepal, which are pocket-friendly.

Thomas Cook pointed out that this Holi weekend, work-weary millennials were taking a Friday off to create an extended weekend from Thursday to Sunday, adding that short-haul, no-visa or easy visa regime destinations were in high demand, with an increase of over 25% to destinations such as Dubai-Abu Dhabi, Singapore, Bali, Thailand, Sri Lanka.

Likewise, Manmeet Ahluwalia, marketing head at Expedia in India, said they had observed change in outlook towards celebrating festivals in India. “While the trend of travelling during festive break has been popular, we have also seen people embracing cross-culture festivals in order to travel and explore destinations with their loved ones. People are increasingly choosing to celebrate Holi outside their city either in resorts with a close group of family and friends or taking in the experiences of the most famous Holi celebrations across the States of Rajasthan –Jaipur, Pushkar and Uttar Pradesh-Mathura, Vrindavan and Varanasi.”

Retail inflation eases to 5.91% in March

Retail inflation slowed to four-month low of 5.91% in March and came back to the RBI’s comfort zone, mainly due to easing prices of kitchen essentials like vegetables, eggs and meat. The retail inflation based on Consumer Price Index (CPI) was 6.58% in February 2020 and 2.86 per cent in March 2019. The inflation in […]

Here’s why you should file tax returns if you have foreign trips, steep electricity bills

The government has made income tax return filing mandatory for high spenders even if their taxable income is below the threshold exemption limit of ₹5 lakh. Those mandated to file returns include people spending more than ₹2 lakh on a foreign trip or depositing ₹1 crore in a year in a bank account or paying […]

GDP growth rates in Economic Survey, Budget consistent with each other: FM

Finance Minister Nirmala Sitharaman on Wednesday clarified that the Economic Survey and the Union Budget project different rates of nominal GDP growth for 2019-20 because they use different base figures. However, she added that the two rates were consistent with each other. While the Union Budget presented on July 5 projected a nominal GDP growth […]