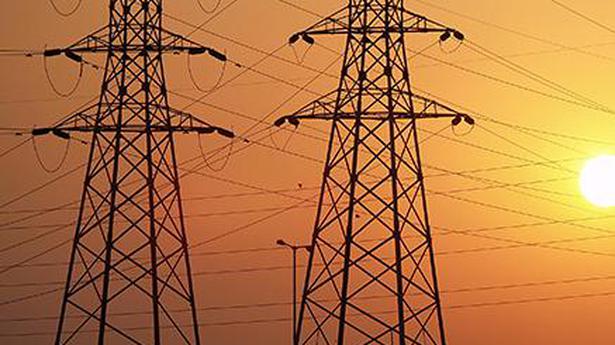 One of the key requirements for a $5-trillion economy is an investment of about ₹5 lakh crore in the power transmission sector over the next few years, in order to cater to the 1.8 lakh crore units of electricity that India is likely to consume by 2025, according to a White Paper released by the Confederation of Indian Industry (CII).

“Prime Minister Narendra Modi’s vision of a $5-trillion economy will require an estimated investment of ₹5 lakh crore in the transmission sector over the next few years,” CII said. “As per estimates, India will be consuming 1.8 trillion units by 2025 as India’s growth trajectory accelerates, and this requires large investments in the transmission sector, particularly at the State level.”

The transmission sector, CII added, had seen a reduction in investments to below ₹1.8 lakh crore in the last five years. The White Paper goes on to enumerate eight action points that the government must work on to enhance the transmission sector in line with the growth of the economy that is envisaged.

CII also recommended the separation of the Central Transmission Utility from the Power Grid Corporation of India since the set up is currently creating a conflict of interest between the two.

The paper also called for improved reliability of the transmission network through the development of contingencies in the system.

“Currently, the average time taken from the notification of a project to the start of its construction is around 760 days, caused by huge time overruns in the bidding and forest clearance process,” the paper said.

“More efficient modalities of the bidding process and forest clearance procedures will need to be adopted while preserving the integrity of the original process.”

The industry body also highlighted the fact that current guidelines for the construction of transmission lines, as laid out by the Central Electricity Authority, did not leave enough scope for adopting new technologies. This increases the capital expenditure and the per unit tariff.

“Hence, RFPs (Requests for Proposals) must specify the technical performance matrix instead of specifying materials and designs,” the paper said.

“Increasing urbanisation, evolving demographics, expanding renewables and changing market dynamics have placed extraordinary pressure on utilities to solve energy-delivery challenges in an economical manner in the shortest possible time with minimum disruption,” the paper said. “It is important for system owners, operators and planners to consider increasing capacity of existing infrastructure.”

Economy to contract by 3.2% this fiscal, says World Bank

Banks’ merger to come into effect from Apr 1, says Sitharaman

Finance Minister Nirmala Sitharaman on Wednesday said the exercise of consolidation of 10 public sector banks (PSBs) into four is on course and the merger will come into effect from April 1, 2020. The Union Cabinet, she said, has given a go-ahead for the merger proposal and the government has been in regular touch with […]

Where and how should I invest my money after retiring from the armed forces? Answers to your personal finance queries

Readers can send in queries on personal ﬁnance and investing to moneywise@thehindu.co.in Source: thehindu.com Related